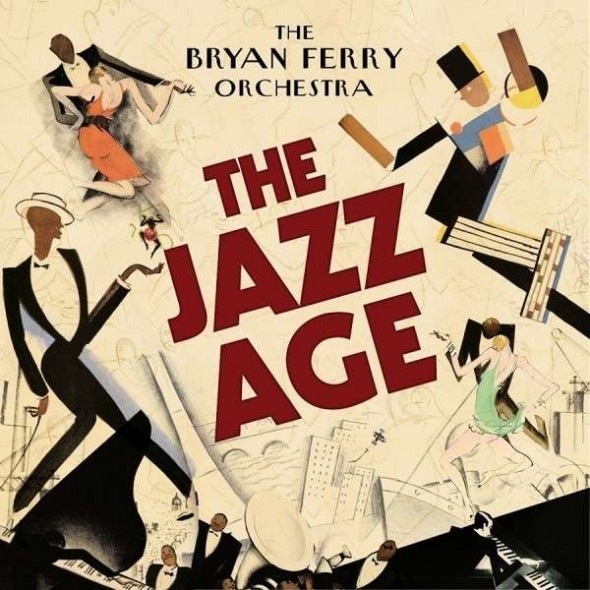 Roxy Music frontman Bryan Ferry has always had a knack for cover songs, with his reinventions as unassailable as his tastes. On his 1973 debut solo album, These Foolish Things, he remakes and remodels a diverse program of pop songs by Carole King, Bob Dylan, Lennon & McCartney, and Smokey Robinson, among others, and reaches back to the Jazz Age for the song that gives the album its title. Now nearly 40 years later, Ferry returns completely to the era on The Jazz Age, and inspires today’s Song of the Day.

reinventing art school rockers as artifacts of the Jazz Age

4 decades into an enduring career as an musical innovator and indelible style icon, Bryan Ferry turns inward to his own vast catalog of songs on The Jazz Age, reinventing the ground-breaking art school rockers he made with early 70s Roxy Music, through to the elegance of his 2010 solo album, Olympia, as artifacts of the Prohibition era. Recalling and carefully replicating the style and sound of jazz titans like Louis Armstrong and Duke Ellington, as they were recorded in the 1920s (right down to the lo-fi hiss of an old 78), only Ferry’s melodies remain intact. The disco pulse of 1975 single “Love is the Drug” is replaced by a slow, bluesy vamp, evoking flapper-filled dancehalls instead of glamourous discotheques. Kindred spirit and director Baz Luhrmann would be wise to include at least one track from The Jazz Age in his forthcoming adaptation of F. Scott Fitzgerald’s The Great Gatsby with Leo DiCaprio.