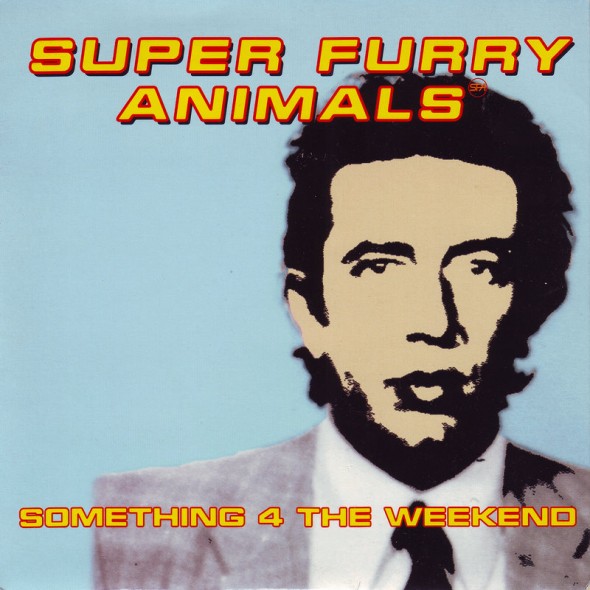 With just a weekend separating us from Loaded, Monday night’s Creation Records fest at Dodge City, here’s another Creation classic.

overt allusions to desperately injesting something

In the wake of Oasis’ phenomenal mid-90s success (a string of singles leading up to Definitely Maybe and What’s the Story, Morning Glory?), Creation Records was rescued from the brink of financial collapse* and was now flush with cash. Label owner Alan McGee could do no wrong, once again signing whoever he liked. Enter Welsh quartet Super Furry Animals. SFA’s approach to pop was eclectic to say the least. Fusing gorgeous pop melodies, techno, and art-rock experimentalism with psychedelic flourishes, and played with the energy of punk, SFA were the inverse of Oasis’ reverent rock classicism. “Something 4 the Weekend” was the first promo single off their Creation Records debut, Fuzzy Logic. The frenetic descending verses make overt allusions to desperately injesting something, leading into a chorus that floats like classic psychedelia. Makes perfect sense to me.

*not because My Bloody Valentine’s Loveless album was so expensive to make, as the legend goes. Creation was already broke. MBV recorded Loveless in fits and spurts, with McGee moving the band from one failing studio to the next, taking advantage of studios he knew couldn’t be bothered to collect the bill.