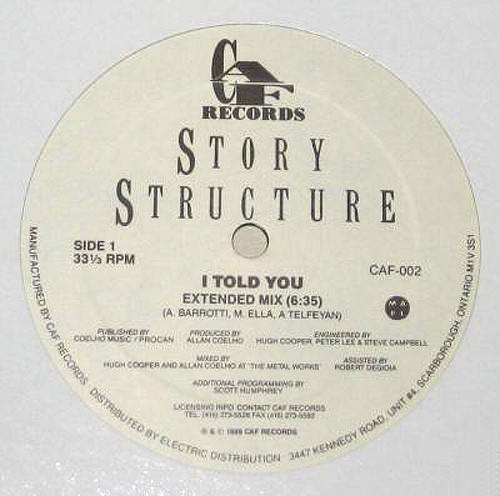 Song of the Day: Story Structure “I Told You” (Extended Mix)

Sorry Structure was a hyper obscure Canadian late ’80s synth pop act. The group, of which the only named member was songwriter Mark Sarna released one extended 12″ single during their brief career and disappeared altogether.

That single, “I Told You”, is an absolute banger though: a winking synth-powered masterpiece. The song os filled with a skittering drum pattern, a hard Roland synth bass line and gorgeous synth washes. The track shares DNA with Peter Goodwin‘s synth pop masterpiece “Images Of Heaven”. The song is the state of home recording gear circa 1989, while still managing to sound somehow timeless.

Good look finding a copy of the 12″ though: apparently only 200 were pressed and they command some loot.