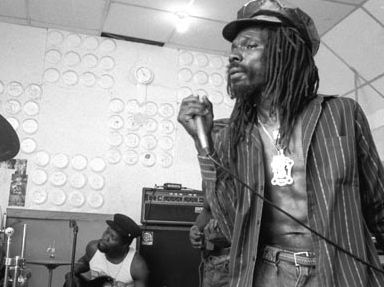 I needed a song of hope this week and Culture’s “Peace and Love” was the perfect track to get me going again. Displaying an emotional depth not often heard in a dancehall track, the song sports amazing vocals, a great dub bass line, killer piano and a message of peace (and love).

Culture was one greatest vocal reggae bands ever. Lead by Joseph Hill they started in 1976 and stayed active until Hill’s passing in 2006, although Hill’s son has continued as the band’s lead singer since. Culture was a favorite of John Peel and The Clash among others.

The track featured here “Peace and Love” originally came out in 1986 on the album Culture in Culture. Peace and love y’all!