Song of the Day: OutKast “My Favorite Things”

I got a late start on pulling out my Christmas tunes this season but now I’m diving in, and I wanted to share an interesting one today. Richard Rodgers and Oscar Hammerstein II composed “My Favorite Things” for the The Sound of Music in its original form as a stage musical. I’ve always assumed it was a Christmas song, but let’s explore that a bit.

The tune was first heard in the Broadway production, which opened on Nov. 16, 1959. Although it wasn’t written as a holiday song, there were lyrical references to sleigh bells, snowflakes, silver-white winters and brown paper packages tied up with strings.

The first time “My Favorite Things” became associated with Christmas was in 1961, when Julie Andrews performed the song on a Garry Moore TV holiday special – long before she starred in the movie version of The Sound of Music, which was filmed in 1964 and released in April 1965.

So it’s pretty much a Christmas song now, we can all agree. And like any Christmas song, it’s been touched by scores of artists in every style possible. The song’s ubiquity makes OutKast‘s version even more impressive.

“My Favorite Things” is a hidden track tucked into Andre 3000‘s side of the 2003 OutKast magnum opus Speakerboxxx/The Love Below, the most ambitious double album in hip-hop history. The legendary Atlanta duo conceived of this album as two solo records tied together, with Big Boi‘s nimble raps and bass bin bangers on one side, and Andre’s experimental romantic songs on the other.

The Stankonia studios and the wider OutKast collaborative universe were filled with a murderer’s row of heavy hitters. Digging into these credits we can cite Kevin Kendrick, Gary Harris and Aaron Mills for piano, sax and bass respectively, with Andre himself responsible for that brilliantly manic drum programming that takes the song beyond jungle into juke. 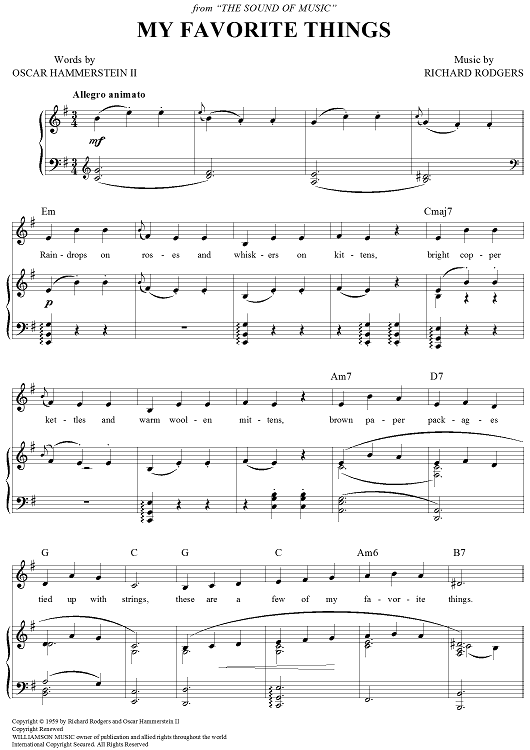