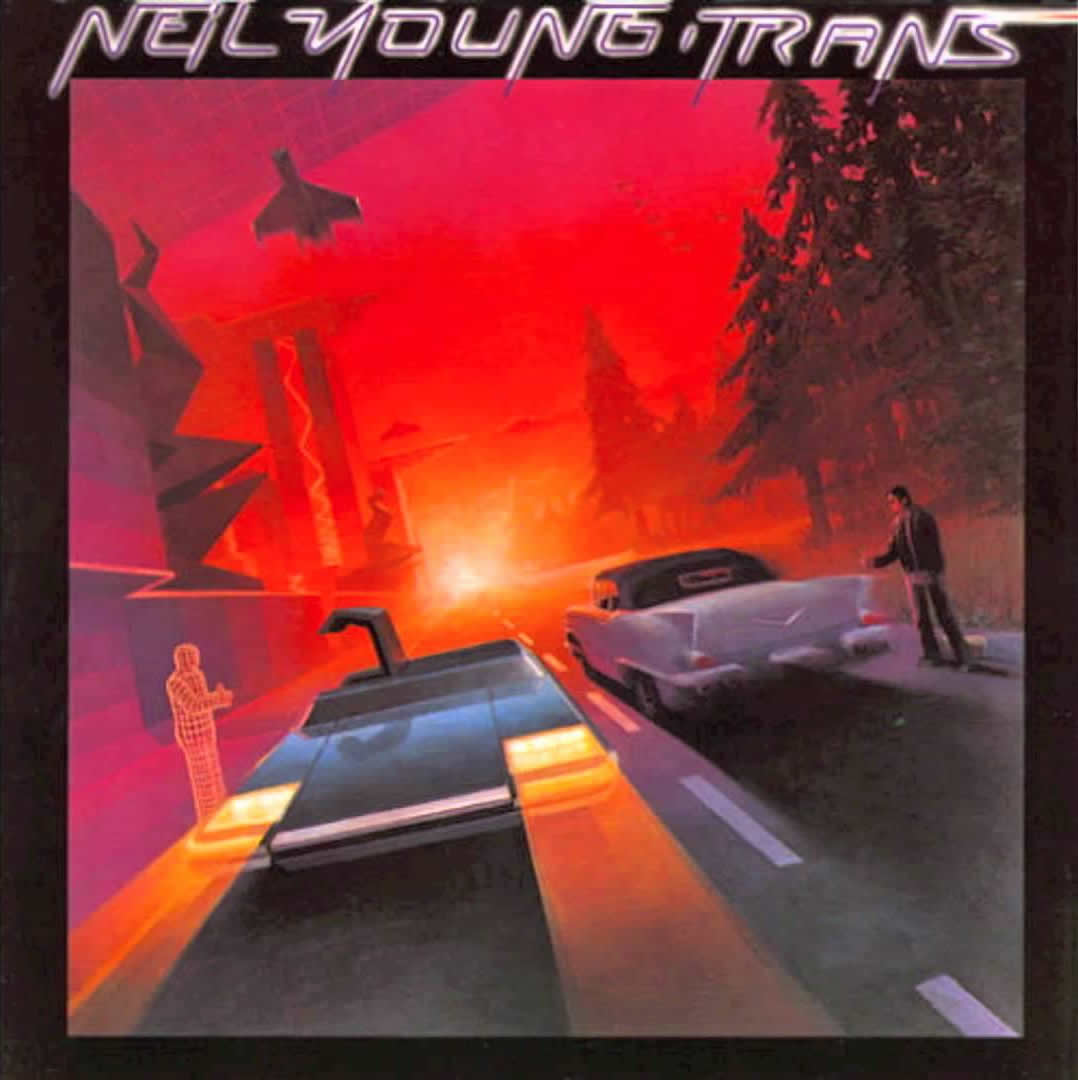 Neil Young’s “Mr. Soul” is the Song of the Day.

After releasing some 14 albums on the Reprise label, Neil Young left for the promise of artistic and financial freedom granted by the then-new Geffen Records in 1982. Young then took that freedom to the limit, releasing the largely electronic Trans album in December of that year.

The Americana-obsessed Young listened to a lot of Kraftwerk and Berlin-era David Bowie, and fully embraced technology and a futurist aesthetic; his distinctive voice was filtered through a vocoder on five of the album’s nine songs, giving his vocals an emotionless distance. On the terrific “Mr. Soul”—a remake of his own Buffalo Springfield hit from 1967—Young applies a motorik pulse to the tightly-coiled psychedelia of the original, giving the couplet “you’re strange, but don’t change” a whole new layer of meaning. Whether jumping on the new wave bandwagon or simply adapting technology as muse, Trans was a serious departure for Young, and unfortunately a direction he never revisited. The album bewildered rock critics (Rolling Stone likened it to “seeing a satellite dish sitting outside a log cabin”) and alienated longtime fans.

Maybe alienation was the point. Because his follow up, 1983’s Everybody’s Rockin’ (recorded as Neil Young & the Shocking Pinks), was a straight up rockabilly record. Nobody liked that one either.