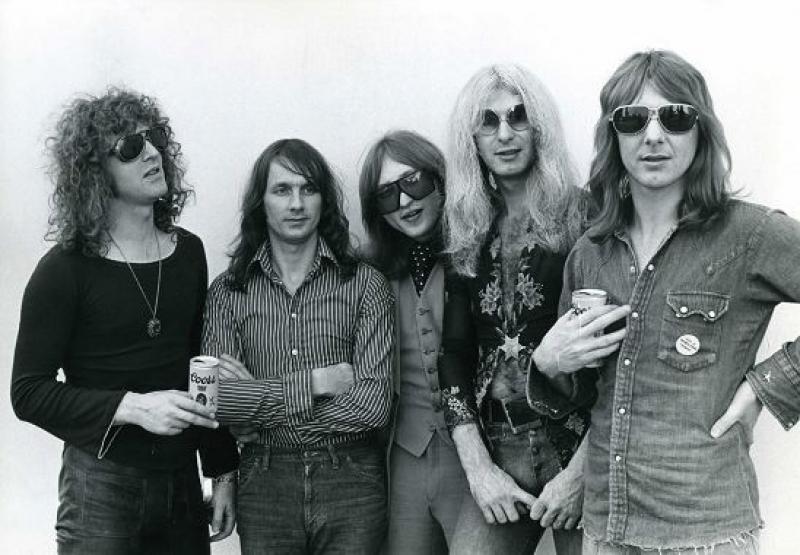 Song of the Day: Mott the Hoople “All the Young Dudes”

“All the Young Dudes” by Mott the Hoople is a 1972 glam rock anthem written by the late, great David Bowie. Bowie wrote the song in bassist Peter Watts’ living room for the band when he heard they were about to break up due to a lack of commercial success (they’d already turned down “Sufragette City”!). Bowie ended up recording his own version on David Live in 1974.

Mott the Hoople (from the West Midlands originally) put out their first LP in 1969. They were much bigger in the UK than in the US. Mick Jones from The Clash was a huge fan. Ian Hunter, the lead singer, went on to a successful solo career (“Cleveland Rocks”) and guitarist Mick Ralphs was a founding member of Bad Company. “All The Young Dudes” remains their best known song.

Song of the Day: Mott the Hoople “All the Young Dudes”