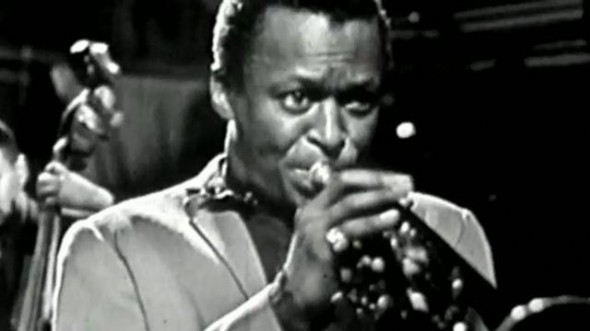 Last time out I picked one of the greatest country songs ever, this time around I’ve chosen to highlight one of the greatest jazz songs ever, “So What” by Miles Davis. “So What” was the first song on the first side of Davis’ 1959 album Kind of Blue, Miles’ first foray into modal jazz and the musicians on it included some guys named John Coltrane, Julian “Cannonball” Adderley, Paul Chambers, Bill Evans, Wynton Kelly and Jimmy Cobb. There are few different players on this video but its most of the original band. Put on your slippers, prop your feet up, pack your (tobacco) pipe and enjoy! It doesn’t get much better than this folks.