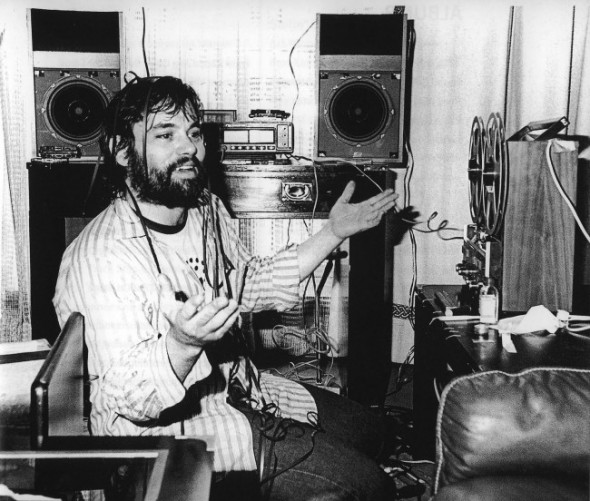 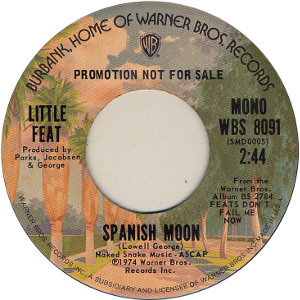 There are certain bands which musicians always seem to reference in interviews as having influenced them or as being musicians they personally respect. Back when I was growing up (the 1970’s) it was the Beatles, Stevie Wonder, Steely Dan, and Little Feat that drew the praise of musicians far and wide.

Little Feat, fronted by former Frank Zappa protege Lowell George, was one of the most admired bands in the ’70s. Although they still tour as Little Feat today, Lowell George’s passing in 1979 signaled the real end of the band as a boundary pusher, in my opinion. Little Feat was a rock band first and foremost but they also played funk, country, R&B, blues, fusion, gospel, you name it and played it well.

The song I picked is one of their funkiest, in fact the Tower of Power horn section backs them up on this track. Here is “Spanish Moon” which appeared on the live album “Waiting for Columbus” (one of the best live albums ever) in 1978.