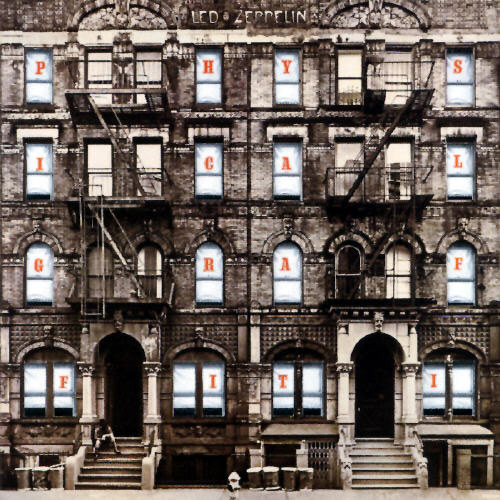 My favorite film of all-time is Fast Times At Ridgemont High.  Sure, it’s no Citizen Kane (quite often considered the greatest film ever made), but I love it nonetheless.  My high school days, like character Jeff Spicoli’s, were filled with skateboarding, parties and rock’n’roll.  I recall a summer when I watched it every day in its entirety.  Needless to say, I’m able to quote numerous gems from the film.

“When it comes down to making out, put on side one of Led Zeppelin IV.”

One of my favorite scenes involves Mike Damone, full-time Ridgemont High student and part-time ticket scalper, and his best friend, Mark “Rat” Ratner, Ridgemont Hight student and assistant to the assistant manager of the local movie theater.  Rat is extremely nervous about his pending date with love interest Stacy, so Mike informs Rat of his “Five-Point Plan” for insuring a successful date.  Step five, and “most important”, states “When it comes down to making out: whenever possible, put on side one of Led Zeppelin IV.”  I’m no love guru, but I can’t imagine a heavy petting session backed by songs like “Black Dog”, “Rock and Roll” and “The Battle of Evermore” (all on side one of Led Zeppelin IV).

In the next scene, Rat and Stacy are on their date while Led Zeppelin’s “Kashmir”—on side two of Physical Graffiti, and one of my Top 10 Songs for Night Time Driving—plays on the car stereo.  Though they’re not “making out,” Rat apparently made the decision to let Physical Graffiti provide the soundtrack to their evening instead of Led Zeppelin IV.  I firmly back his choice.  There are far better make out songs on Physical Graffiti.