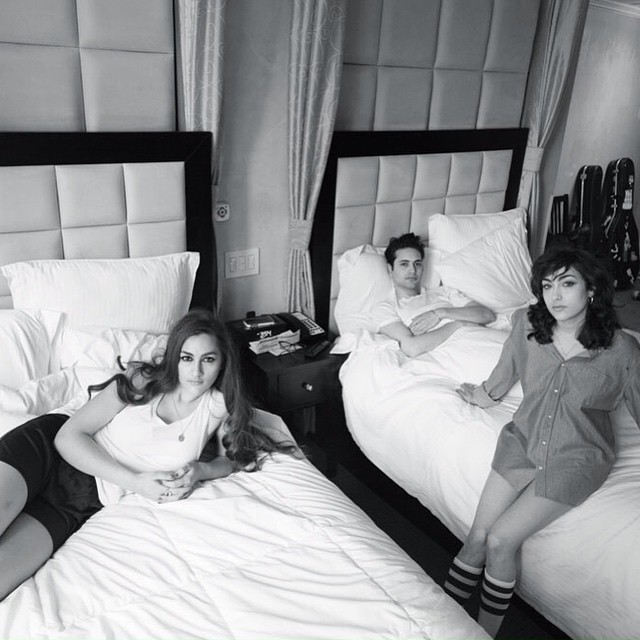 My introduction to the magic of North London siblings Kitty, Daisy & Lewis was via an absolutely showstopping appearance on Late Night With Jimmy Fallon in 2009. I fell hard for their stripped down rockabilly sound right then and there. The charmingly rough’n’ready American roots debut album, Kitty, Daisy & Lewis has been a favorite ever since.

The new album, appropriately titled The Third, continues in that vein, all the while staying true to the American roots music they grew up on. Produced by none other than Mick Jones (The Clash, Big Audio Dynamite), The Third inevitably bears his signature and shows the band less rockabilly revivalists than well-studied post-punks with downright enviable record collections.

Taking musical cues from 60s ska—and conjuring up memories of Lily Allen’s 2006 debut album, Alright, Still—the rolling single “Baby Bye Bye” is an absolutely infectious tale of a romance gone sour. The accompanying video clip shows our hero Lewis turning the sour into something else, doing in his love, and enlisting the help of his siblings to dispose of the body in the woods. How’s that for baby bye bye?

The trio take the stage tonight at U Street Music Hall in downtown DC; doors at 7 pm. Gemma Ray opens. See you there!