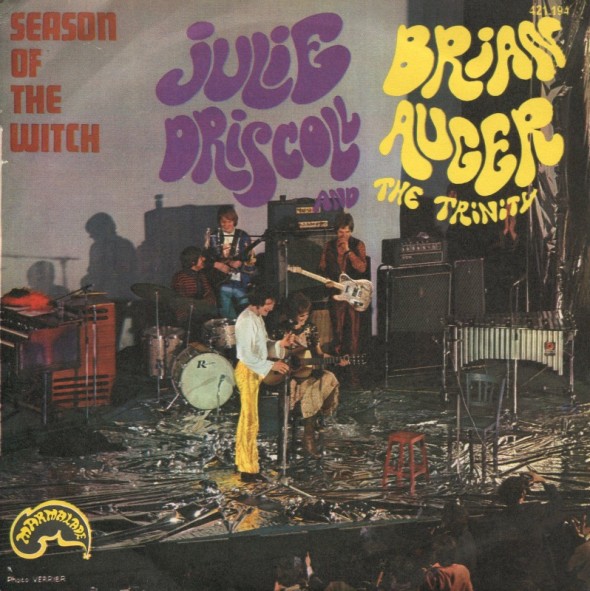 Julie Driscoll, Brian Auger & the Trinity’s absolutely sublime psychedelic 1968 cover of Donovan’s folk-pop hit “Season of the Witch” gets a respectful yet groovy redux from producer/DJ/multi-instrumentalist The Pied Piper. In their version, Brian Auger & the Trinity dial down the tempo of the original to ‘languid’ and open up wide spaces in the arrangement for Julie Driscoll to sing about the witch in the first person; Donovan’s trembling warning becomes a celebration of the witch’s mysterious powers.

In his redux, The Pied Piper stretches out the (already epic) length of the original to over 10 minutes and re-editing the percussion for maximum head-nodding effect, “Season of the Witch” should deservedly garner more than a few new fans. Check the TV performance below from 1968 for some great accompanying visuals.