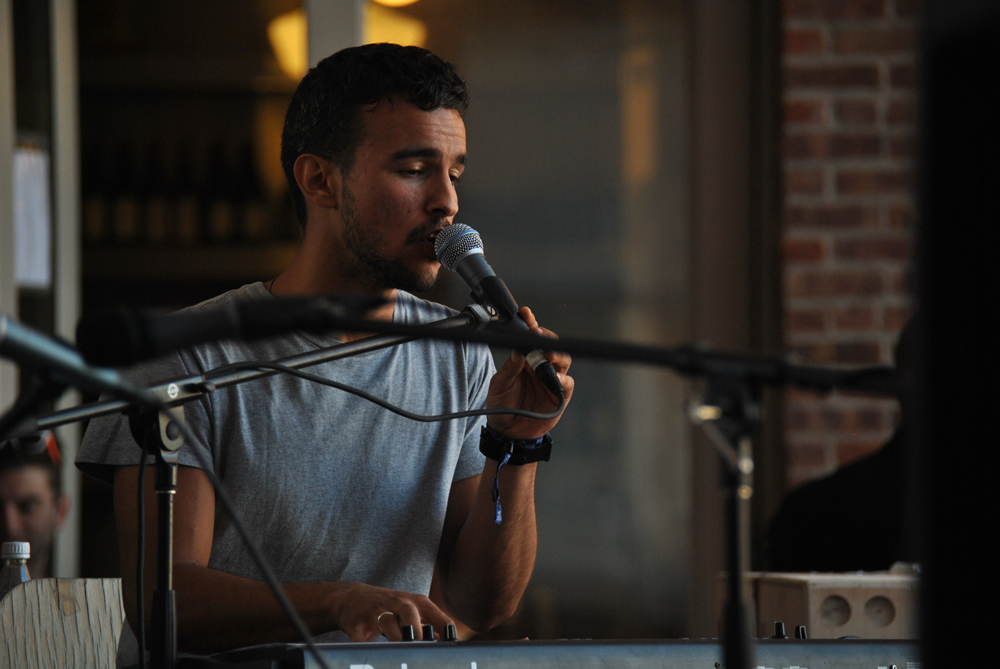 Song of the Day: Gabriel Garzón-Montano “6 8”

When Drake pulled a Beyoncé this past February and sent the music world scrambling behind his no-look album release, I wasn’t in a rush to dig into If You’re Reading This It’s Too Late. I’m not the biggest Drake fan, but he is at the top of the rap heap with nearly as much pop starpower these days so I put the record on my to-do list. I knew at the very least it would be burning up the request lists at upcoming gigs.

A snippet at the end of the short film that teased the album release made me prioritize listening to it. I heard some things that fall neatly into the current rap mainstream spectrum, a few jams that are doing the slow work of winning me over to Drake’s side, and then I was stopped in my tracks on the next to last cut, which is actually the title of the film.

one of the better examples of the emo rap balladry

“Jungle” is one of the better examples of the emo rap balladry that fuels Drake’s popularity, but it felt more sincere and mature than the other ones that haven’t grabbed me. I kept rewinding it, giving up some begrudging admiration until I was undeniably hooked. I’m not sure how I found the track’s sample source but my sleuthing eventually led me to excited streams of fan tweets congratulating Brooklyn indie soul musician Gabriel Garzón-Montano for Drake rocking over his “6 8” to make “Jungle”. He was cryptically credited only as GGM in the acknowledgements.

Drake’s producer Noah “40” Shebib did a keen job of morphing “6 8” to Drake’s vision, but going back to the original work reveals what made it irresistible in the first place. The tempo inches by at an achingly slow pace with only handclaps and foot stomps keeping time (in 6/8 of course). The spare synth, bass and piano chords float under Garzón-Montano’s vocals as he croons lyrics to seduce a lover, repair a relationship rift or rock a baby to sleep (as he intones in the chorus). It’s rainy day hot tea music, or afterglow music, or music for pining away in the grips of a terrible case of saudade.

Gabriel Garzón-Montano met his lightning strike of opportunity with adequate preparation as “6 8” is no flash in the pan. The track comes from his 2014 album Bishouné: Alma del Huila, a tight collection of modern soul worthy of repeat end-to-end listens.

Song of the Day: Gabriel Garzón-Montano “6 8”

One thought on “Song of the Day: Gabriel Garzón-Montano “6 8””