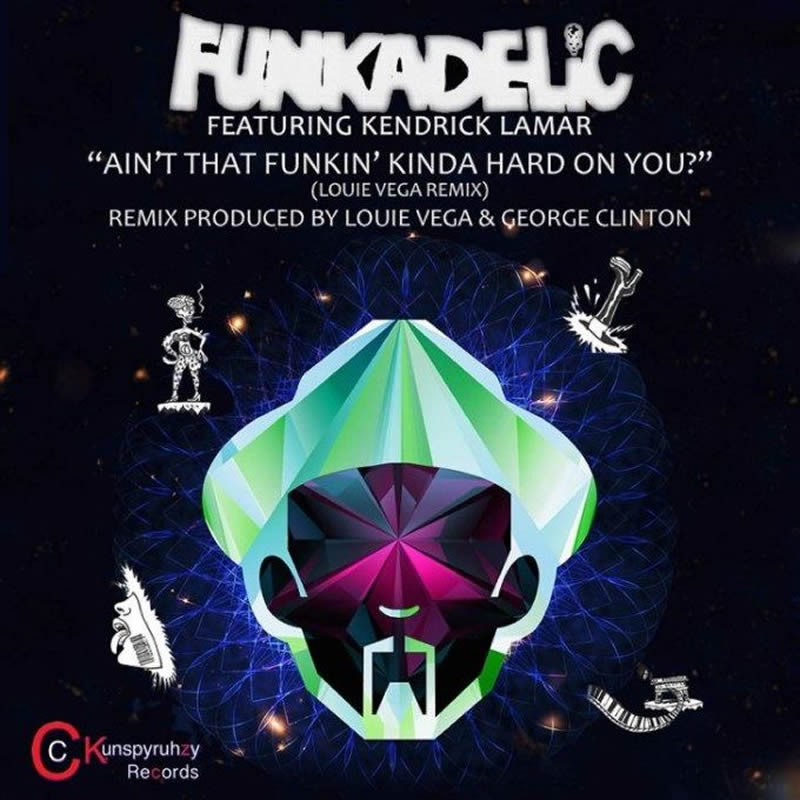 Song of the Day: Funkadelic “Ain’t That Funkin’ Kinda Hard On You? (Louie Vega Remix)”

The central question of this autumn surprise of a banger from Funkadelic is two-fold. “Ain’t That Funkin’ Kinda Hard On You?” could be asking venerable funk priest George Clinton whether funking with such intensity for so long can take its toll on you, or how does one funk with such apparent ease. The ear worm of a refrain answers that question in any of the ways it can be interpreted, as Clinton replies “I was hard when I started and I’ll be hard when I get through.” Case closed.

The original version of this track appeared on Funkadelic’s 2014 album First Ya Gotta Shake the Gate. Incidentally, that 33 track album marked 33 years since the last official Funkadelic album in 1981. And over the past year since that record dropped, George Clinton made a memorable appearance on Kendrick Lamar’s To Pimp A Butterfly album on the song “Wesley’s Theory”. Having anointed the young lion with his blessing, Clinton hinted at another collaboration in the chamber. For it to arrive via Louie Vega’s flawless remixing touch is too perfect. Louie ups the funk tempo to “One Nation Under A Groove” territory for a peak time dancefloor grenade.