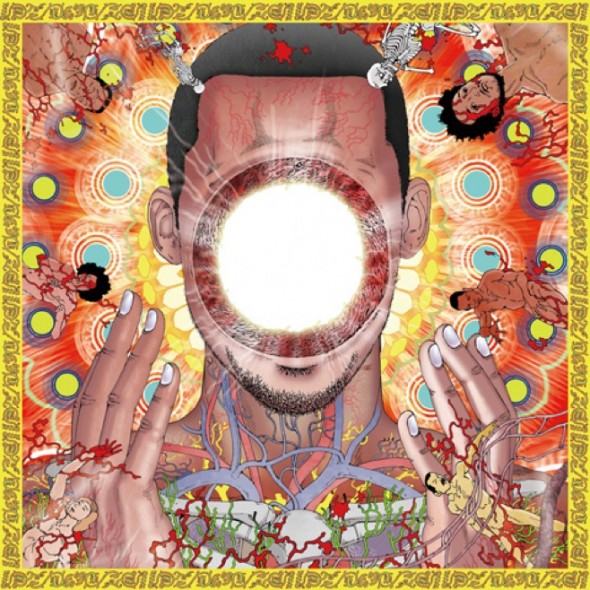 Steven Ellison—aka Flying Lotus—is perhaps the closest millenials will get in having a true 21st century jazz musician, one that carries the torch of his forebears. We can argue that there are still plenty of jazz musicians out there struggling and working, but in my opinion none are really pushing the boundaries and moving possibilities forward as much as Ellison and his Brainfeeder camp. Being the great nephew of Alice Coltrane and of course, John Coltrane, one could say it’s in Ellison’s blood. “Never Catch Me” a teaser single for his upcoming You’re Dead! LP, features perhaps the only emcee that can keep up with Ellison’s aural calisthenics, fellow LA native, Kendrick Lamar. Hyper broken Dilla style, juke rhythms, light meandering piano melodies, furious bass lines awash with constantly modulating complex synth chord structures would make any run-of-the-mill collaborator cringe in fear. Lamar however not only keeps up but is able to complement and elevate the song into something quite astounding. Although the song is frenetic, in typical Flying Lotus style, there is something rather calming about it all: the exhaustion of trying to keep up in this oversaturated information landscape of the 21st century.

a sense of surrender and calm

There’s a Baudrillardian sense of surrender and calm about Ellison’s music; nothing is wholly original and everything is just an amalgamation of things that preceded it. So why fight against the strain when you can just glide along furiously through the rhythms of these modern times? It all doesn’t matter anyway. Perhaps this is why Ellison titled his album, You’re Dead!, which incidentally, features Snoop Dogg and Herbie Hancock (as if Ellison wanted representation from different eras for his newest album). You’re Dead! will also arrive on Ellison’s birthday, October 7th.