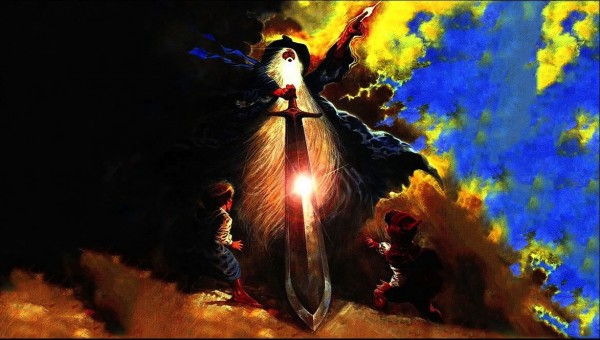 As we get ready for the return of epic 70’s sci-fi fantasy a la Star Wars: The Force Awakens, I figured this was the perfect time to dig out an oldie-but-goodie inspired by another beloved fantasy: “Cometen Zauber & Frodo Der Held Des Rings” (translation: Comet Spell & Frodo the Hero of the Ring) by the German band Comet.

This is classic space disco canon, the stuff of legend that disco warriors such as UK-based DJ Harvey and his likeminded brethren pull out or their record bags at exactly the right moment and blow dance floor minds. In my search of the deep internet there was no subsequent information available about the band other than a small tidbit about the label they released this amazing record on called Crystal:

With an upcoming appearance by DJ Harvey at U Street Music Hall [Friday, January 8th, 2016], you have the opportunity to have your very own mind blown right here in Washington, DC.