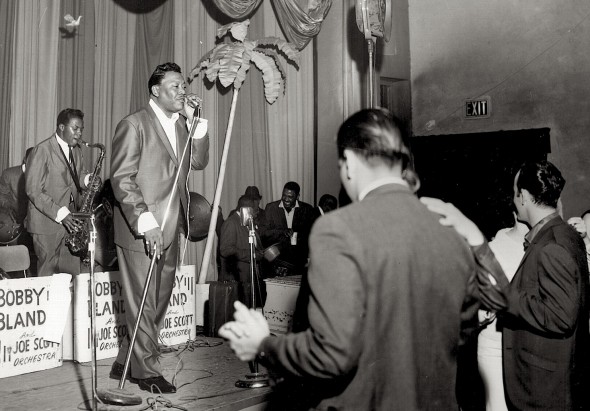 As stated in the introduction to this song, Bobby Bland was the man! He sadly passed away on June 23rd, 2013, but luckily for us he recorded steadily starting in the late 50’s. Bland was out of Memphis and had a voice and style all his own, the perfect mix between blues and soul. This track, from the album Here’s the Man was released on Duke Records in 1962. The songwriter was Don Robey who, according to his wikipedia entry, “used criminal means as part of his business model,” and was the owner of Duke Records.
This track just smokes and has so much swing. Big horns, big chorus, big tune!