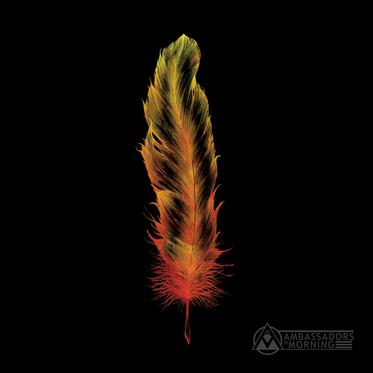 “Woven in Time” comes from DC-based band Ambassadors of Morning‘s late 2016 debut, So Far. It is a It is a dreamy yet upbeat love song about finding someone who fulfills all you ever wanted in love. I love this whole album, but find this song to be particularly romantic and sweet.

The group funded the recording of their first record using a successful Kickstarter campaign and have been playing shows and getting people’s attention around the DC area. From the their website, the group says the following about itself and its music:

At the heart and always there to meet the rising sun, MUSSA is a lyricist, pianist, percussionist, guitarist, bassist, singer, native american flautist, (mandolinist, banjo-ist?, banjoer, nope I checked it’s banjoist. Oh also, the ukulele.) and primary songwriter for Ambassadors. He is the man with the plan and a vision for the love and togetherness that only music could naturally and universally achieve. Raised in the capital of the United States, his exposure to different cultures, views, approaches and styles fueled his desire to learn more and meet more like-minded artists and music lovers. College brought him north to Toronto, Canada, while family and friends would welcome him back in Lebanon and Colombia for the holidays and summers. So, travel was common in MUSSA’s life and as he picked up new experiences and passions like documenting a medicine man in Costa Rica, playing at the Om festival in Ontario, rallying for peace in San Francisco… It was there in California where he would continue to record music and befriend fellow DC-native musician, Raleigh Neal. Soon the sounds of a bigger family would bring him and his wife, Lisa, back to his hometown where Raleigh would introduce MUSSA to the owner of DC’s very own Sweet Spot Studio.