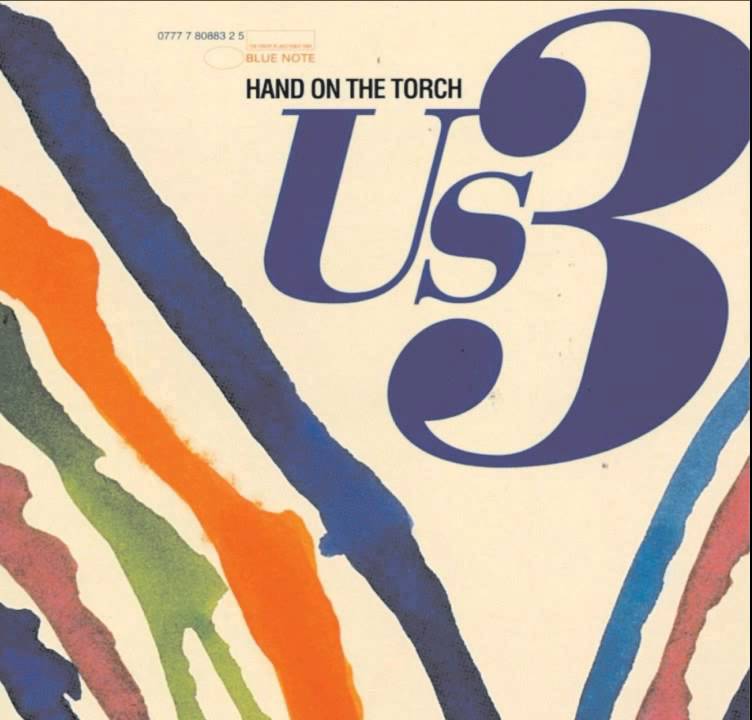 Song of the Day: US3 “Knowledge of Self”

On a dark and cold Thursday night in DC, I am warming up the basement in Saint Ex with my favorite type of hip hop: musical, jazz-inspired, and soulful. As a club DJ I crave those nights where I can trade in my top 40’s trap-crates for a style of rap that values lyrical content and clever rhymes over bragging rights for alcohol consumption.

A lot of soulful R&B and hip hop was coming out of London in the 90’s (think Soul II Soul, London Posse…). (My next post will be about  the reggae music coming out of London at that time, think reggae & R&B and reggae & hip hop…) Us3, a jazz-rap group from London, debuted their album “Hand on the Torch” in 1992 by Blue Note. Apparently, the group was already sampling from Blue Note jazz artists, so teaming up gave them full (legal) access to take the jazz-rap collaboration to its full potential. The drums on this track, “Knowledge of Self,” is sampled from Jimmy McGriff‘s “The Bird Wave.”

My favorite part of “Knowledge of Self” is the lyrics. They’re understated and honest. A glimpse into the life and values of a rapper from Brooklyn. Rahsaan Kelly likes to chill at home, listen to music. He doesn’t have a million bucks, but he has wisdom and that makes him feel rich. “I am a prince in this land, not ’cause I have a grand/ Got knowledge in my dome.” He knows the danger of getting lost in the club scene and values that mental clarity he’s gained through self-understanding.

“Around the way I must stay with my people
Chill at some clubs, though that was lethal
Now I got my mental health, word
I got mad knowledge of self.”

Now, I’m not trying to undermine Rahsaan’s intelligence here by layering my own explanation over his words. What he is saying is pretty self-explanatory. I’m writing about the lyrics because it’s my way of feeling like I know the artist behind the voice. Fifteen years ago when fell in love with hip hop, I was pretty much an introvert who loved listening to the radio and cassette tape in my bedroom and never really surrounded myself with a big crew of people. Rap music was an entrée into people’s lives and for me, it brought me into a real friendship through honest storytelling.