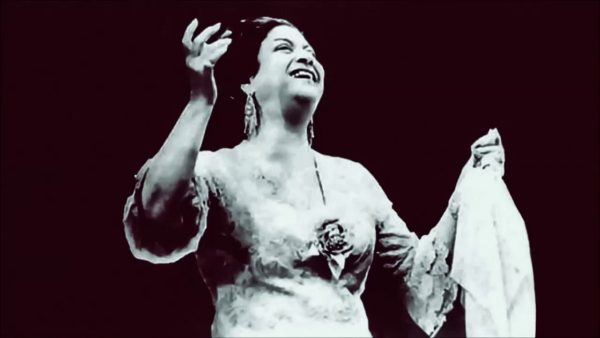 Umm Kulthum, the most popular singer of all-time, in the Arabic-speaking world, brings us one of her beloved treasures, “Anta Oumri (You Are My Life)”.  Right off the bat, I must warn you…. this song is an hour long and this is not out of the ordinary for her.  Her performances are epic expansions upon expansions of themes, improvised and embellished with impeccable artistry and intense emotional expression.  Originally released in 1962 on Sono Cairo, the song sent shock-waves throughout her native Egypt and beyond.  It was composed by fellow Egyptian musical innovator, the great Mohammed Abdel Wahab. I was first introduced to this incredible artist at a screening at the DC International Film Festival, of a 1996 documentary (directed and produced by Michal Goldman) on Umm Kulthum entitled, A Voice Like Egypt.  I have since spent many hours listening to her music, totally amazed, touched and entranced.

Born of humble origins in a village on the Nile Delta on an uncertain date around the turn of the last century, Umm Kulthum forged an immensely powerful musical career on the strength of her talent, her drive, and her indomitable spirit. When she died in 1975, over four million people attended her funeral in the streets of Cairo. I will not attempt to summarize her life here, the story is too complex and too vast. Her life story is set against Egypt’s struggle for independence and move towards modernity. She captured the spirit of her country and of Arabic speaking people everywhere with her timeless music and her immortal artistry. She is still known as “The Fourth Pyramid”, “The Star of the Orient” and “The Voice of Egypt.” 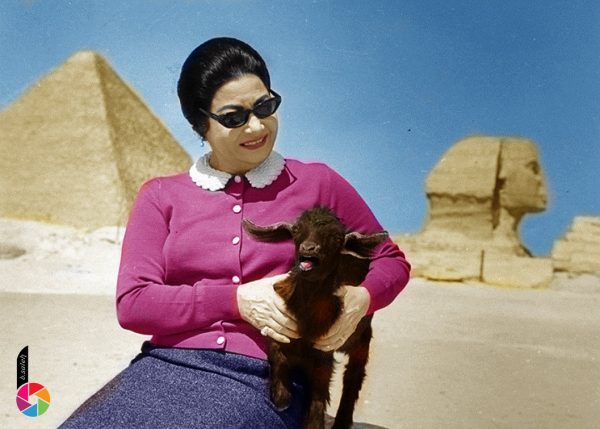 One thought on “Song of the Day: Umm Kulthum “Anta Oumri””