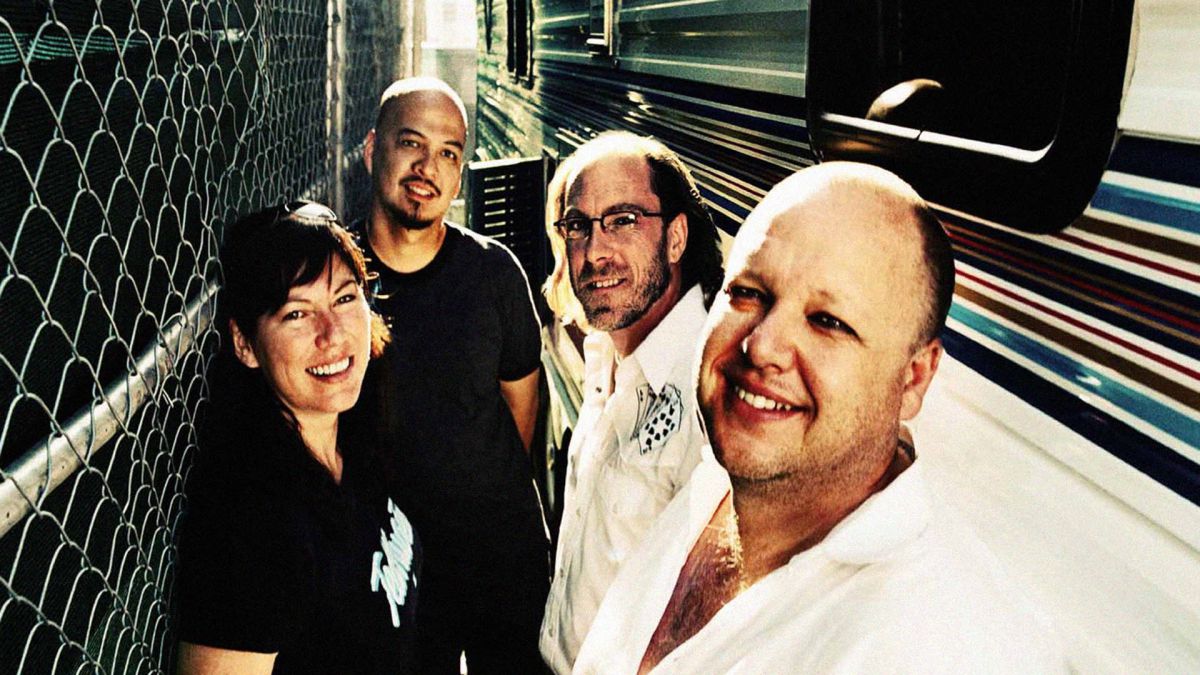 Song of the Day: Pixies “Winterlong”

The Pixies originally released their cover of the great Neil Young rarity “Winterlong” as the b-side to their single “Dig For Fire” but it may very well surpass the a-side. The song is sung as a quasi duet between bassist Kim Deal (who would go on to greater fame with her post-Pixies band, The Breeders) and the band’s lead singer/ rhythm guitarist, Black Francis. The Pixies manage to zero-in on the sense of melancholic yearning that makes this song so great and then amplify it. The band also really digs into the melodic hooks, layering their vocal tracks. The song manages the trick of both sounding really loose and really right at the same time – which is true of a lot of great rock and roll. Though The Pixies take the song at a much brisker pace than the original, this does no harm. The coup de grâce is the brilliant guitar playing from Joey Santiago which manages to turn the little guitar figure that drives the song inside out and then put it back together again. All in all, you couldn’t ask for a better cover.

The Pixies were founded in 1986 in Boston. The group met and started practicing while students at U-Mass and combined frequently aggressive though highly melodic music with an interesting dual male/ female vocal dynamic. While Black Francis was the ostensible lead singer and songwriter in the group, Kim Deal frequently contributed both lead and harmony vocals and wrote several great Pixies songs herself.  The Pixies have proven to be one of the most influential indie bands of all time. Like The Velvet Underground before them, while they were not very well-known during their initial run, they were heard by the right people and their sound has resonated through much of what came after them. They pioneered a loud/soft/loud dynamic that was used to great effect by a number of groups and songwriters, including noted Pixies super-fan Kurt Cobain of Nirvana. The group made 4 full length records and several EPs over the course of their initial run before breaking up in 1990. Both Francis and Deal pursued successful solo careers, Deal with the Breeders and Francis as Frank Black & The Catholics. The Pixies eventually reformed in 2003 and toured extensively until 2013. Tensions had always run between Deal and Francis (the tension between the two had always been part of what fueled the groups creativity), but hit another breaking point. At this point, Deal decided to leave the band. Rather than break-up again, the group decided instead to replace her, first with former The Muffs bassist Kim Shattuck and later with Paz Lenchantin.