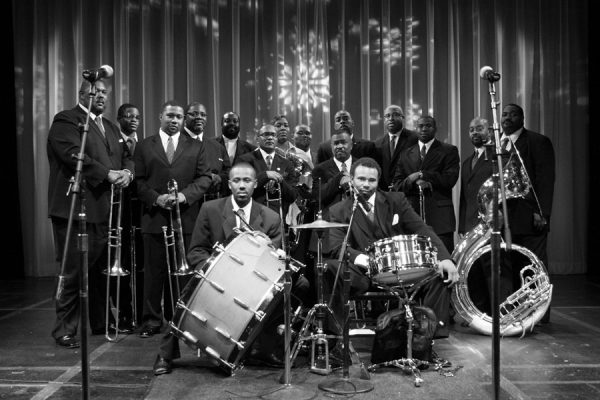 Song of the Day: Sweet Heaven Kings “The Sounds of Sunday Morning”

In 1992, after a single semester of college in West Virginia, and needing to be closer to DC, I quickly transferred to UMCP. Going to as many music shows during the week that I could possibly squeeze in, I also began regularly attending the United House of Prayer for All People. Over the years of making the rounds in DC on my skateboard, I’d seen ‘Trombone Shout Bands‘ playing around the streets of DC quite a few times. Once I’d found out where the headquarters for these bands was, I made “God’s White House” at the corner of 6th and M streets NW my Sunday home for a number of years.

“The Sounds of Sunday Morning”, comes from 2012 DC Folklife Festival performance of a later incarnation of the group that lifted me into the stratosphere every week for years. Under the leadership of trombonist Norvus “Lil Butch” Miller Jr., the Sweet Heaven Kings, epitomize the Shout Band tradition that Butch‘s father was a major proponent of for over three decades. During the years that I was there, Daddy Madison had just succeeded Danny McCollough as honorable head bishop and the band was absolutely on fire.

The gorgeous and gigantic church was packed every week. With the superb percussionists Joseph Hayward on snare drum and the mighty James Freeman on bass drum, the huge ensemble was an absolute force of nature. To hear a veritable sea of trombones shout above a relentless rhythm, ebbing and flowing up and down with the tides of the holy spirit is something beyond description. It is certainly among the most powerful musical experiences that I’ve ever had in my life.

Norvus “Lil Butch” Miller Jr. passed away in March of 2015, a short three years after the performance featured here. For a fantastic compilation of the traditions that Butch upheld, including some of his own recordings, please check out “Saints’ Paradise: Trombone Shout Bands from The United House of Prayer” on Smithsonian Folkways Records. 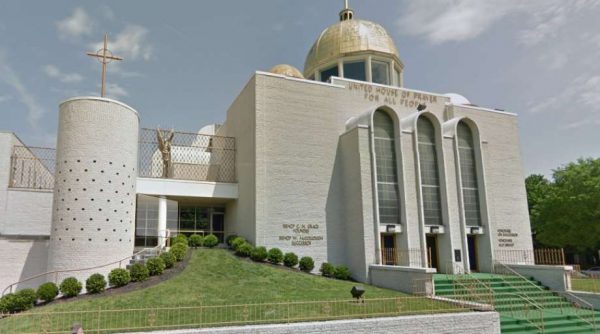