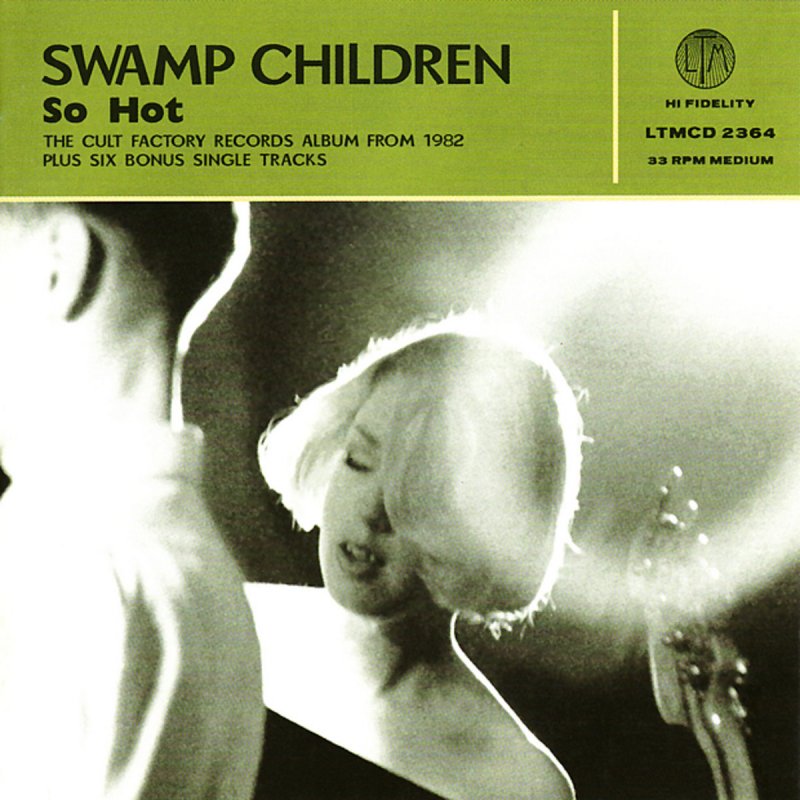 Song of the Day: Swamp Children “You’ve Got Me Beat”

a charming fusion of funk, jazz, and bossa nova

Originally released on the 1982 three-song Tastes Whats Rhythm EP on Factory Benelux (an informal partnership between the legendary Manchester-based Factory Records and Belgium-based Les Disques du Crépuscule), “You’ve Got Me Beat” is a terrific slice of post-punk pop-jazz. The band’s musical sophistication (a charming fusion of funk, jazz, and bossa nova) would prove to be a strong influence on later UK acts like Sade and Swing Out Sister (who featured later Swamp Children alumnus Andy Connell in their lineup). Utterly sincere in execution, Swamp Children managed to avoid the smarmy pitfalls of many neo-lounge acts that followed in their wake a decade later. With arrangements that emphasized Tony Quigley’s darkly-colored baselines (and Ann Quigley’s impressionistic vocals as another instrument in the mix), the band fit well enough into Factory Records’ wide-reaching post-punk stable — drummer Martin Moscrop was also a member of pioneering punk-funk sextet A Certain Ratio — that Tony Wilson signed them in 1981, just a year after they formed.

The full lineup included the aforementioned Tony Quigley on bass and percussion, Martin Moscrop on drums, percussion, and trumpet, John Kirkham on electric and acoustic guitar, and percussion, Ceri Evans on keyboards, bass, percussion, and backing vocals, Clif Saffer on saxophone, and Ann Quigley on lead vocals. The band debuted on Factory with the Little Voices EP in 1981, followed by the sole full-length album So Hot and follow-up Tastes Whats Rhythm EP in 1982. Soon after, the band changed their name to the less-provocative Kalima (after an Elvin Jones song). The 2004 expanded expanded edition of So Hot collects their entire recorded output and is well-worth seeking out (or at least discovering on Spotify).

The official video for “You’ve Got Me Beat” is taken from the performance video collection A Factory Outing – Live At The Hacienda (catalog number FACT 71).