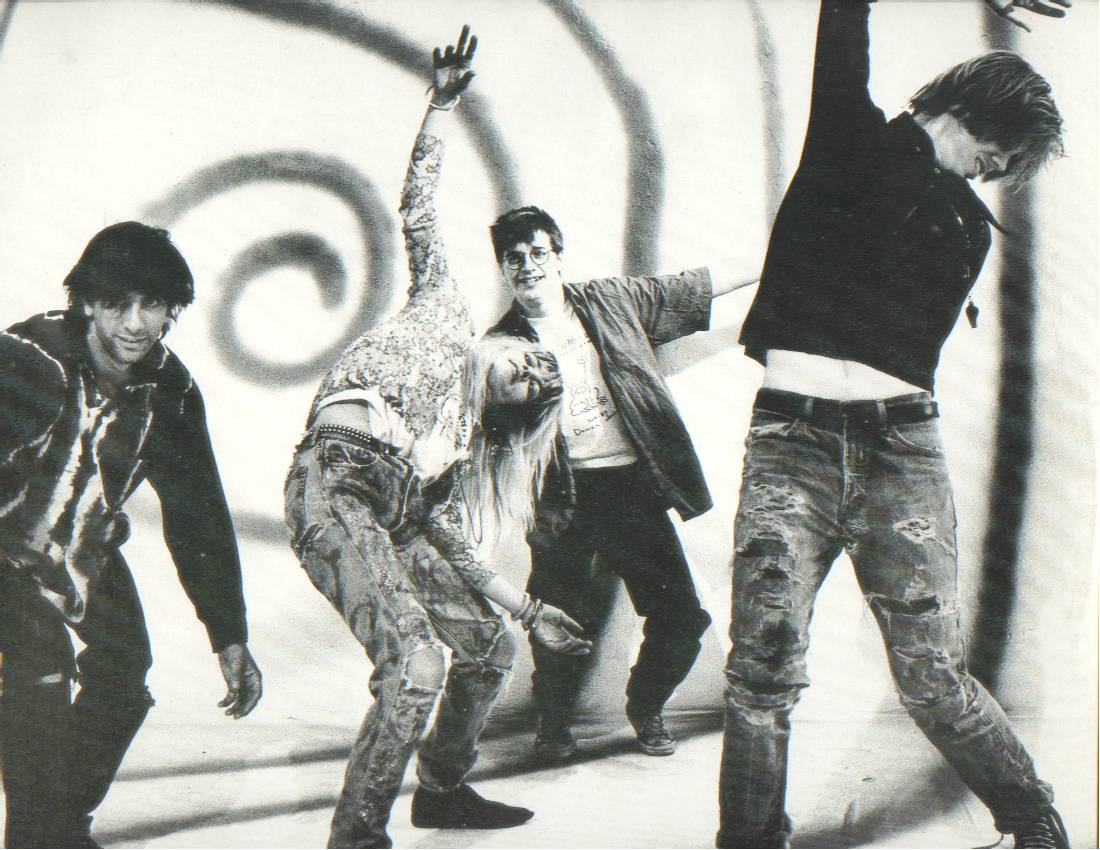 I was into a lot of different sounds in my youth: hardcore, hip hop, breakbeats, dancehall and Sonic Youth. Even today when I think of their music it seems to stand in a genre of it’s own. That’s probably why the music of Sonic Youth hit me so hard. I was young and searching for something different and special away from the norm. Their music ranges from chaotic to mellow, simple to incomprehensible, safe to down right scary. Sonic Youth was the sound track of two best friends driving a blue Cadillac thru a canopy of green as the sunshine broke through lighting up our adventures in prismatic brilliance. Back then everyday was a Teenage Riot.

Sonic Youth came together in the late 70s-early 80s in New York City. The group was founded by Thurston Moore, Kim Gordon and Lee Ronaldo. Moore and Gordon had begun jamming together before becoming romantically involved. The two would go on to eventually marry and then subsequently divorce in 2011 (effectively bringing an end to the band). Moore had previously worked with Ronaldo as part of avant-garde composer Glenn Branca‘s infamous ‘guitar orchestra’. Together, the three, along with a rotating cast of drummers, (before finally settling on Steve Shelley as a permanent member, beginning in 1985) would go on the create some of the most inventive and creative indie rock music of all time, pioneering both a look and sound that would inspire other bands over the more than 30 years the group was together. The band boasted an experimental sound, combining punk, post punk, no-wave, musique concrète, and frequently employed waves of guitar feedback. The band also rewired/modified many of its guitars and developed a series of unusual guitar tunings and playing techniques.

The band enjoyed a long and productive career, turning out 16 studio albums, numerous experimental music EPs and various side projects. They also worked with everyone from spoken word artist Lydia Lunch to Jim O’Rourke (who joined the band for several years), producer Butch Vig and conceptual artist/musician, Yoko Ono. The band also famously briefly went grunge in the early 90s, helped pioneer the Lollapalooza Music Festival, became close friends with Kurt Cobain, and appeared on episodes of both The Simpsons and The Gilmore Girls.

There influence continues to be heard in many of the indie bands that followed them and even in the mainstream. “Teenage Riot” is the lead off from their seminal record, Daydream Nation.