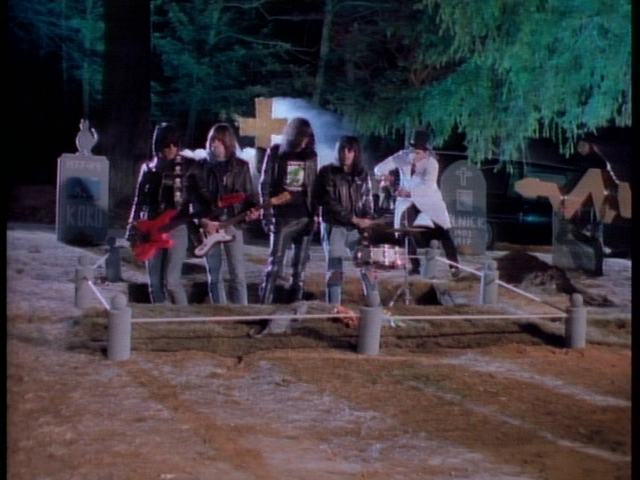 First wave New York punk rock band, The Ramones struck gold with their 1989 song “Pet Sematary”. Originally penned in 1982 (and later included in the gleefully gory 1989 film adaption of the Stephen King novel), the song was a big hit for the band and proved to be a radio staple for years afterwards. It is no secret Stephen King is a huge fan of The Ramones. In drummer Marky Ramone’s 2014 book, Punk Rock Blitzkrieg: My Life as a Ramone, King had invited the band to his home in Maine in 1982, after booking them to play for a local radio station he owned. During the visit, he gave bassist Dee Dee Ramone an early copy of his Pet Sematary novel. Within an hour Dee Dee had written the lyrics to the song. [And yes, the misspelling of “cemetery” in the novel and song’s title was an intentional choice by King.]

But according to Ultimate Classic Rock, the history is a bit murkier:

King called that version of events “bullshit” soon after the book’s release. “We didn’t eat at my house,” he told Rolling Stone. “They never even came to the house. We ate at Miller’s Restaurant, the only fancy restaurant in Bangor. … I don’t remember if we talked about Pet Sematary. I might have said something about a song. What I remember is that Marky was the only one who was articulate. The other ones really weren’t.”

“Pet Sematary” was not the only time that The Ramones had flirted with horror imagery in their material. Their first album had included the song “Chain Saw” which directly referenced the Tobe Hooper midnight movie classic, The Texas Chainsaw Massacre. The band’s flirtation with horror-themed songs likely influenced the next wave of horror punk bands including, of course, The Misfits who made a whole career of merging horror and punk.

“Pet Sematary” remains a blast years later and is, in my opinion, one of the best and most innately catchy songs that The Ramones ever wrote. The song was a career-long concert staple and remains a fan favorite to this day. 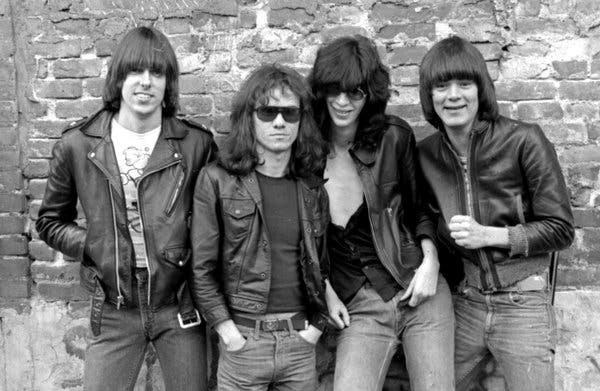