Song of the Day (Shocktober): Public Image Limited “The Slab”

A minimalist funeral dirge filled to the brim with unmistakable dread

Midway through recording their 4th full length LP, tensions bubbled to the service between the remaining two founding members, guitarist/ keyboardist/ producer Keith Levene and singer John Lydon aka Johnny Rotten. Tensions had grown within the band following the firing of original bassist Jah Wobble and drummer Jim Walker were fired from the band. While the bass role was not initially filled, Lydon eventually brought in drummer Martin Atkins, which proved to be increasingly volatile. All three members of the group going into the band’s third album, The Flowers of Romance: Lydon, Levene and Atkins were all control freaks in their own way.

When perpetual scuffles between Levene and Atkins (who was frequently strung out on heroin) became too much, Levene decided to leave the band, taking with him the master tapes. Lydon responded to this by regrouping, hiring some studio musicians and releasing the album as This Is What You Want… This Is What You Get in 1984. Lydon‘s version featured harsher vocal deliveries augmented by a bright brass section. Meanwhile, Levene took the demo tapes from the initial sessions and, after some re-recording and despite the threat of legal litigation from Lydon, released his own version of the album as Commercial Zone also in 1984. The title was a bit of an in-joke as the songs on the semi-official bootleg proved to be as dark and alienating on the material on the band’s highly percussive prior LP, The Flowers of Romance.

While the music on Commercial Zone was decidedly dark, there is no doubting the band’s knack for pop craft lurking just beneath the surface. “The Slab” began life as a darkly brilliant lo-fi goth anthem. Featuring Levene half singing/ half vampirically drawling ghoulish nothings (to eventually be joined by Lydon on a rare harmony part) the song is otherwise a showcase of dark synths as it slowly glides along, a minimalist funeral dirge filled to the brim with unmistakable dread. This is real vampire’s castle stuff, clearly acknowledging the influence of Bauhaus and other early goth acts that had spun out of the UK post-punk scene. It points to an interesting possible future musical reconfiguration for PIL had the group been able to put aside their differences and continue. 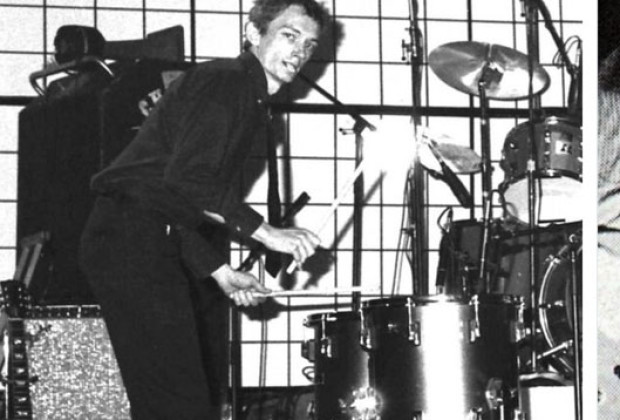