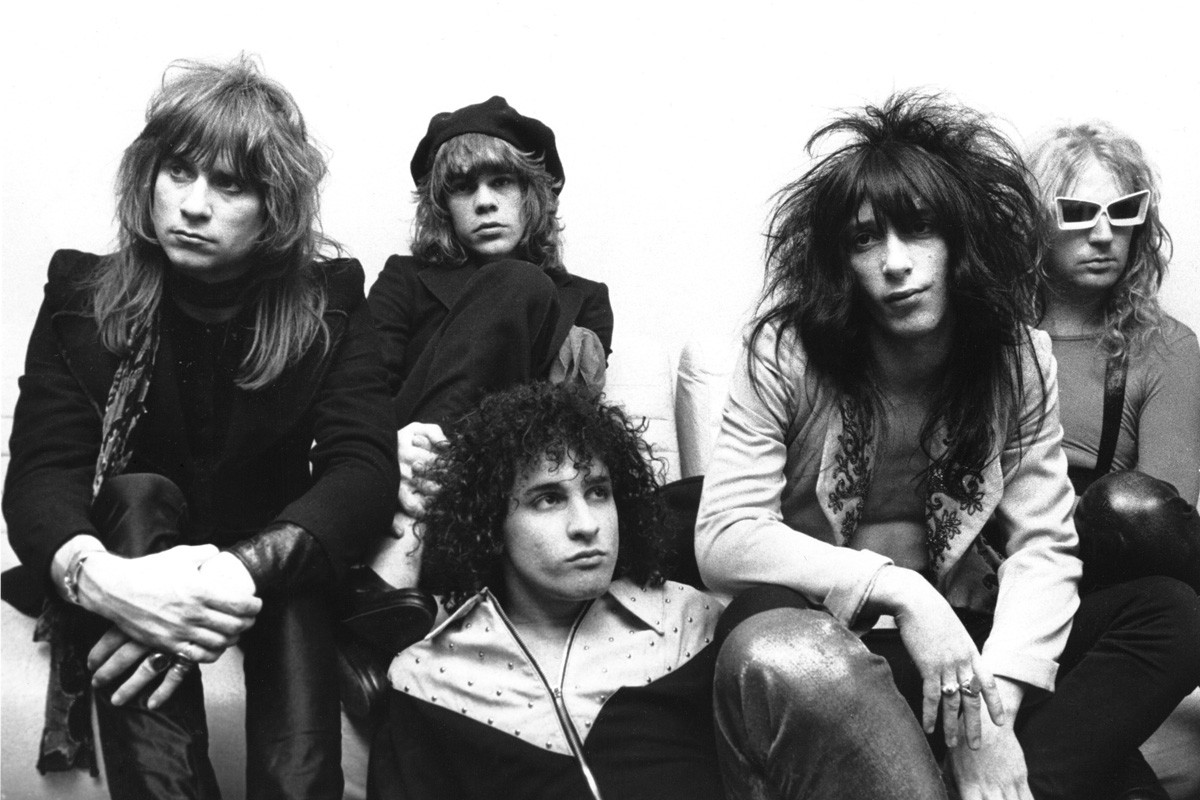 Punk rock before the Ramones, metal long before Motley Crüe, and glam after it won a fight outside the bar, Morrissey’s favorite band* the New York Dolls exerted a massive, enduring influence on rock’n’roll. The classic lineup consisted of the twin guitar attack of Johnny Thunders and Syl Sylvain, endearingly clumsy bassist Arthur Kane, precision drummer Jerry Nolan, and androgynous, confrontational vocalist David Johansen. Dressed in high heels, leather pants, and silk shirts in an era of denim-clad blues-rock dullards, the band aimed to bring the visual and theatrical back to rock. On stage and on record, the Dolls combined The Rolling Stones’ hard rock swagger, The Shangri-Las’ tough girl group pop, the Stooges’ Detroit grinding thrash, and the glam rock poses of David Bowie and T. Rex. The band released just two official albums in the first half of the 1970s that became enduring classics.

Barely into their 20s when they signed a deal with Mercury Records, the debut album displays all the strangeness and disorienting swagger of self-styled outsiders let loose in Manhattan for the very first time. Pairing the Dolls with pop superstar Todd Rundgren to produce is a match that doesn’t work on paper but Rundgren’s approach was surprisingly sympathetic to the band’s glam-trash hard rock sound. Simply titled New York Dolls, the debut album arrived in the summer of 1973 to critical acclaim and (un)fairly dismal sales. Their label, Mercury Records, were well-aware of the Dolls’ polarizing effect, marketing them as “a band you’re gonna like, whether you like it or not.”

Clocking in at six minutes, “Frankenstein” is the sole hard rock epic on the debut (also known as “Frankenstein (Orig.)” because it predates Edgar Winters’ similarly-titled ode). Beginning with a menacing intro, there’s a vague sense of doom in the music that never lets up, enhanced by Rundgren’s Moog. While not exactly prose, Johansen’s lyrics for “Frankenstein” paint a vivid picture of disparate, desperate youth converging on downtown Manhattan, coming together like Frankenstein’s monster before the inevitable Big Apple collapse. In a then-contemporary interview Johansen explained, “The song is about how kids come to Manhattan from all over, they’re kind of like whipped dogs, they’re very repressed. Their bodies and brains are disoriented from each other… it’s a love song.”

*In 1981, Morrissey wrote a book about the New York Dolls. 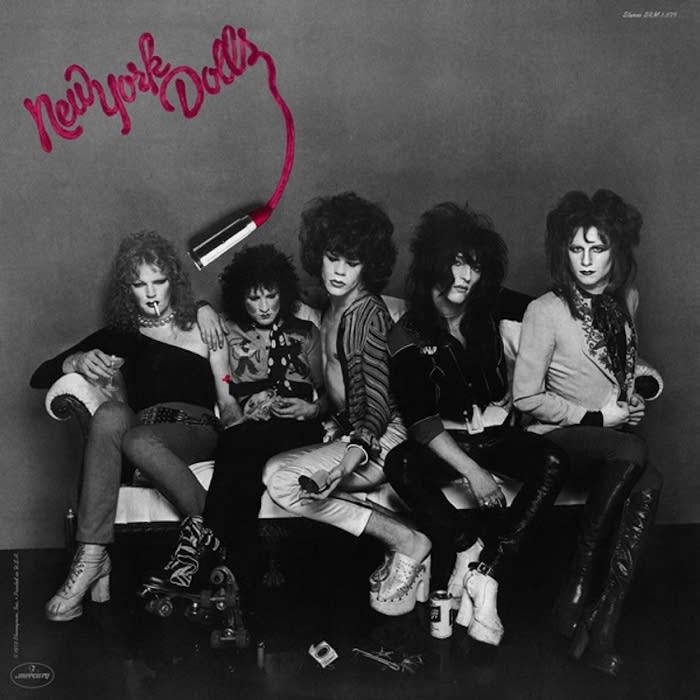 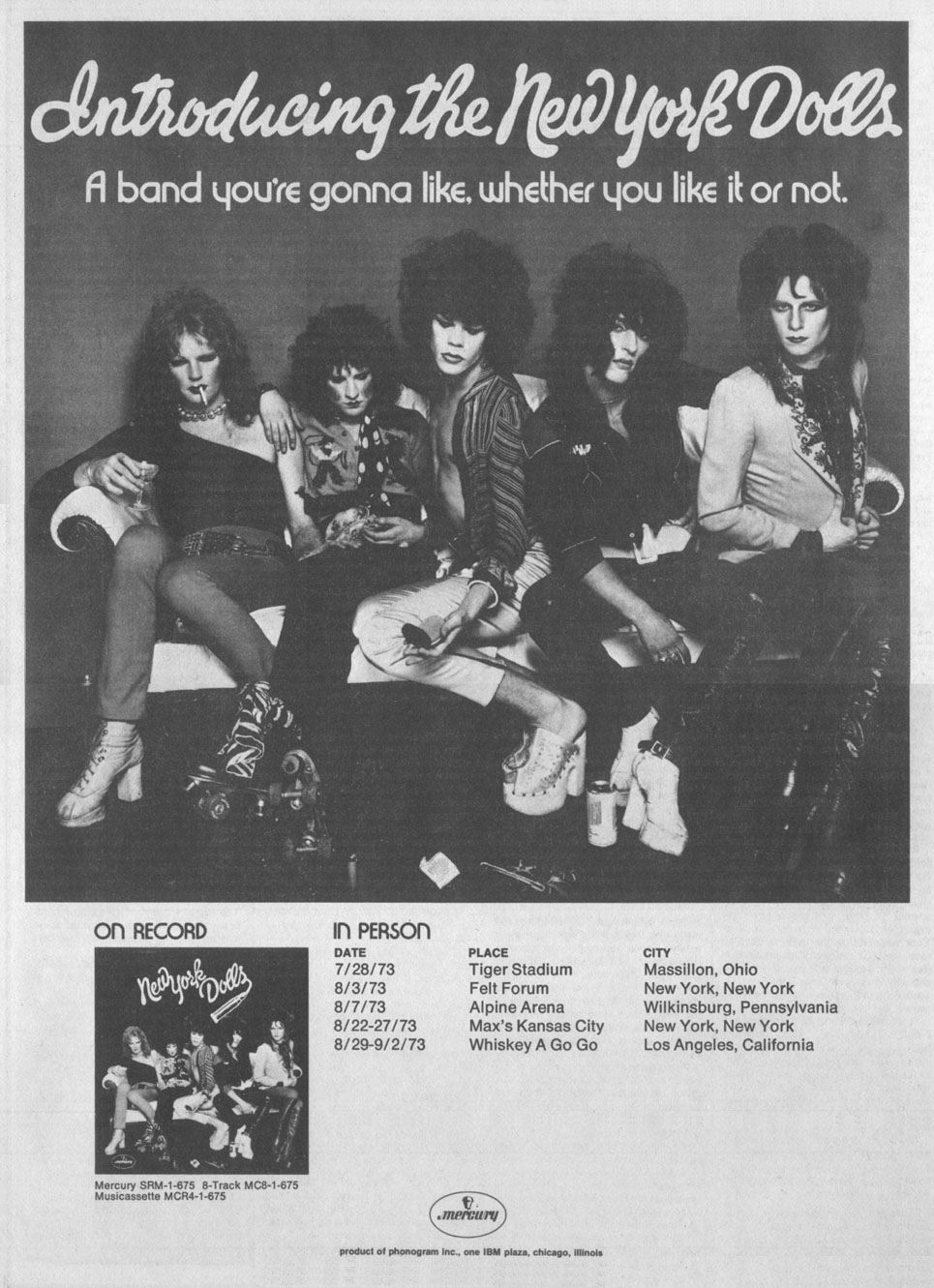