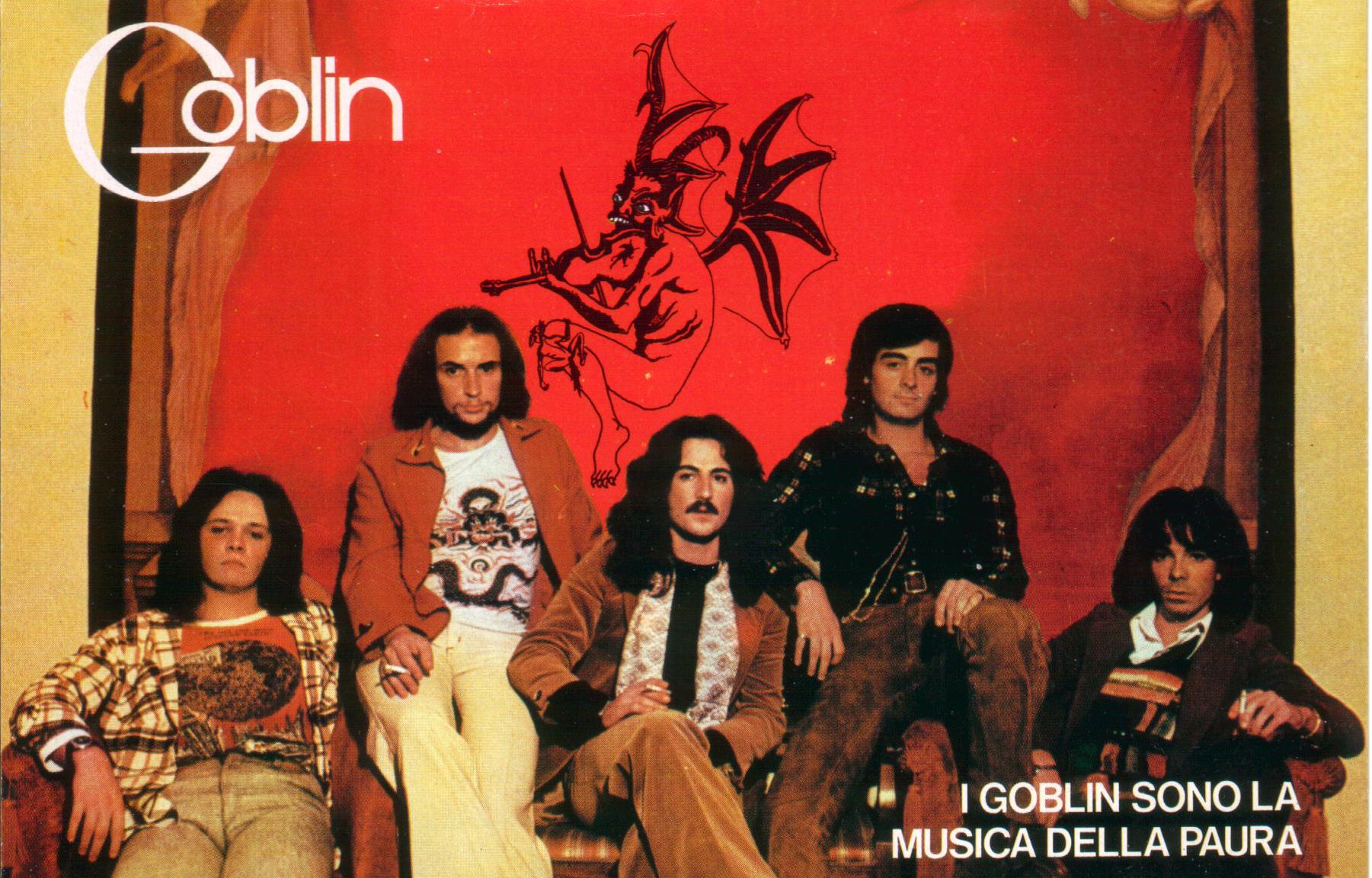 The Italian prog rock band, Goblin‘s title theme to director Luigi Cozzi‘s low-rent sci-fi/ horror gore-fest, Contamination (AKA Alien Contamination) is a delightfully low-rent horror affair. While the film, a pretty clear riff on Ridley Scott‘s classic Alien, isn’t without its own queasy charms, the soundtrack from Goblin is easily one of their best, up there with the band’s work on the twin Dario Argento masterpieces: Profondo Rosso and Suspiria. The track, “Connexion”, which plays over the opening titles to the film (and which the group reprise several times throughout the film) combines just the right amount of Gothic horror: complete with wheezing organ and whispered/chanted wordless vocals before lapsing into a muscular proto-funk, perfectly sets the mood for the film.

The film, which stars veteran Scottish actor Ian McCulloch (no relation to the identically-named Echo & The Bunnymen singer) is about an alien cyclops creature that uses human agents to place eggs all over Earth. The eggs release a gelatinous goo that causes people to explode when they come into physical contact with the substance. As one can imagine, the film is filled with gory special effects as both humans and the creatures meet their violent ends. In many ways, the film ups the ante of Alien taking on apocalyptic overtones by setting the film on Earth and thus risking the contamination of the whole world.

While Contamination is at no risk of being critically re-appraised or included in the Criterion Collection,  it is a lot of fun. The film possesses a deep self-awareness of what it is (much of the Italian film industry in the 70s and 80s was based on turning out even more lurid knock-offs of genre films – one wonders what Italian films would have looked like during the period had Mad Max, The Warriors and Dawn of the Dead never been released). Cozzi is a fine director who manages to instill a certain sense of primordial dread and create incredible atmosphere, particularly in the opening 30 minutes of the film, despite his budget restrictions. The creature effects and violent deaths that afflict those unfortunate enough to come into contact with the creatures and eggs are creative and surprisingly convincing, even if the script remains a bit confusing and disconnected (as is the norm for Italian genre films from this period). Yes, it is an exploitative b-movie, but it is an extremely enjoyable and at times oddly disquieting one.

As per Goblin, whose score help make this b-movie so enjoyable, they remain one of the great under appreciated prog bands of the 70s. Over the years, the band scored dozens of films, mostly horror or Giallos (literally “Yellows” – these Italian thrillers with often ham psychological explanations and lurid overtones which take their name from the frequently yellow-covered paperbacks that were popular in Italy in the 60s and 70s). Goblin only released a couple of albums that weren’t directly tied to films and featured a revolving line-up (keyboardist/ composer Claudio Simonetti and the rest of the group were prone to frequent falling-outs resulting in the band line-up frequently shifting). The group is finally beginning to get its due outside of Europe and concluded their first North American tour in 2014. They are currently back on tour in the US (with much of the original band line-up) and will be playing in Philadelphia on Halloween and in Baltimore in early November.