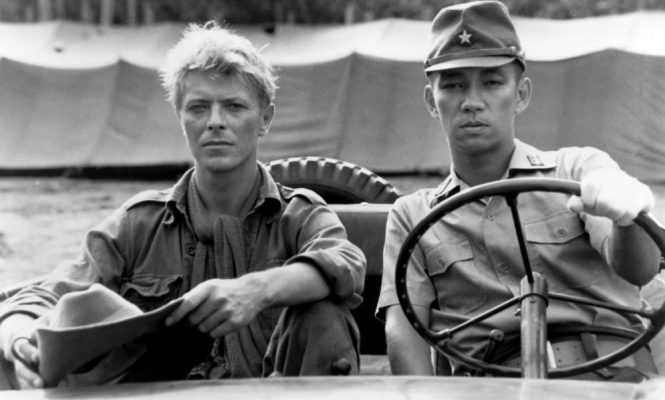 Ryuichi Sakamoto‘s title theme to ‎Nagisa Ôshima 1983 Prisoner of War drama, Merry Christmas Mr. Lawrence strikes a hopeful note for the holidays. The film stars chameleon-like pop star, David Bowie plays Celliers: a captured British solider held by the Japanese during World War II. A natural leader of men, Celliers perpetually finds himself bumping heads with the head of the camp, Yonoi (played by Ryuichi Sakamoto himself) who must balance his desire to keep order in the camp with his secret feelings of lust for Celliers. Tom Conti plays the titular Mr. Lawrence, a British colonel who tries to bridge the cultural divides between a British POW and the Japanese camp commander in order to avoid bloodshed. Keep an eye peeled for a young Takeshi Kitano (who would go on to become a major Japanese director and actor) in his own right.

The movie’s soundtrack, including the title theme featured here, composed by Sakamoto is an elegant hybrid of traditional Japanese and Western influences. Delicate synths float around an distinctly Asian feeling piano motif. They are eventually joined by percussion and driving synth-based string arrangements. The track, like the film, manages to balance a feeling of whimsy at the possibilities with a certain undercurrent of consideration of the heaviness of the situation. It is a gorgeous theme that seems to make light of the possibilities while leaving space for reflection. In this way, it almost works as a Christmas song in its own right. 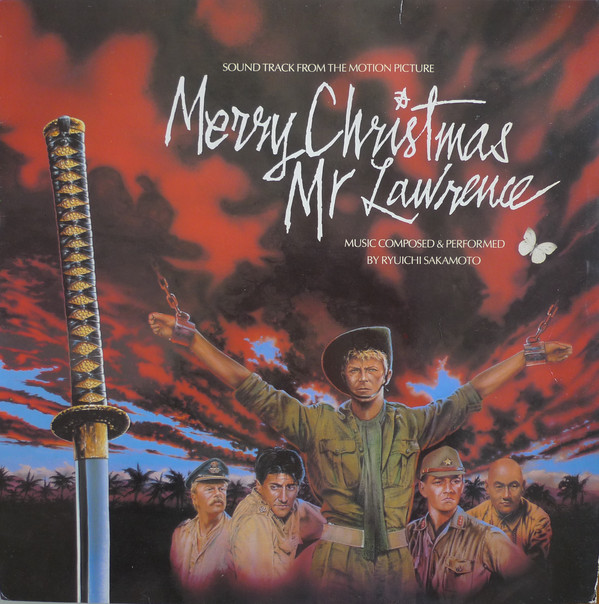