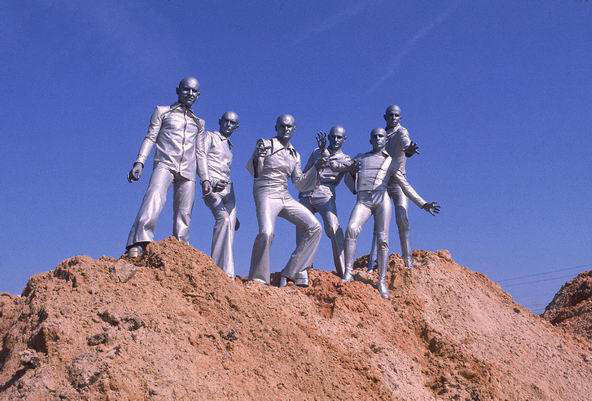 [B]eneath the affect and silliness, there are some seriously great tunes and hooks to be heard here

Absurdist French sci-fi disco act Rockets‘ song “Fils Du Ciel” (translation: “Son Of The Heavens”) is a hard-rocking, glam forward dance track. The song is delightfully overblown: featuring and over-the-top spoken word narration, a biting guitar riff, a catchy keyboard hook and a whole lot of weird vintage Moog sounds. The lyrics are a self-aggrandizing mix of cosmic/ Greek mythology-based imagery as the band declare their otherwordliness. Everything is all in good fun with Rockets, and beneath the affect and silliness, there are some seriously great tunes and hooks to be heard here. Indeed, despite being something of a gimmick, the band have proven to have some real staying power. This 1976 track, from their debut album Les Rockets, is a great introduction to their work.

Rockets were founded in Paris sometime in 1972 as Crystal. Beginning in 1974, the band changed their name to Rockets and began to incorporate a stage act wherein they posed as five visiting aliens (or if you will, “Rocketmen”). They adopted a uniform appearance as bald, grey-eyed, silver skinned and space suit-wearing celestials who had come to Earth to make people dance. The group quickly became notorious for their atmospheric live shows, which involved vocoders, lasers, colored lights, smoke machines, fire and a bazooka fight. The unofficial 6th member of the group was their producer, Claude Lemoine, who worked with the band continuously with the band from their 1974 debut single, “Rocket Man” onward until 1983. The group are still in existence and even released a new record in 2014, entitled Kaos. 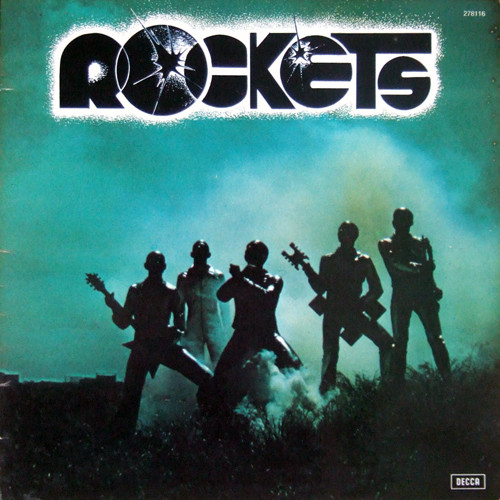