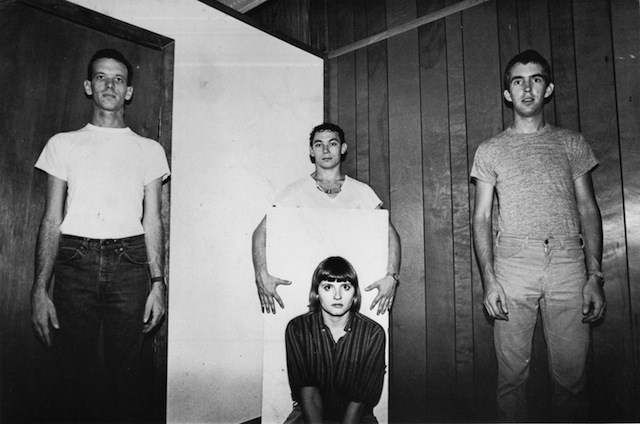 Song of the Day: Pylon “Cool”

Emerging from the famed Athens, Georgia post-punk/alternative scene of the late ’70s and early ’80s, Pylon, were one of the most impressive groups of the era. One of the few alternative groups of the era to be fronted by a woman, with Vanessa Briscoe Hay‘s powerful voice and stage presence really helping to define the band’s sound and image, Pylon were at once playful and aggressive. The group could write songs that were both straight-forward but also gleefully dripping in irony. The group managed to both be tough as nails, but also jangly and melodic at the same time. They also did so with a sense of aplomb that likely made some of their better-known peers, including R.E.M., envious.

“Cool” is a great kiss-off track. It reads like minimalist poetry set against an at turns menacing and then bent guitar line and some kinetic drums. But it is Hay‘s primal yell and oddball vocal delivery that really stands out. The irony of the song is that it plays as anything but cool, instead running emotionally hot and very much serving as a denunciation of those that don’t don’t quite have the conviction to be themselves artistically. In the end then, the song is a paean to self-belief that is as catchy as it is unique.

Pylon‘s initial run was from 1978-1983 during which time they released to full-lengths, Gyrate (1980) and Chomp (1983). The band has reformed a number of times, once in 1989-1991 (which yielded a third LP, Chain) and again from 2004-2009. The group remain important elder-statesmen of the American indie and underground scene. Here is hoping that they reform again sometime in the future. They famously put on one hell of a live show: a phenomena that has been well-documented on record thanks to their 2016 live release, Pylon Live which captured them during the ’80s heyday. 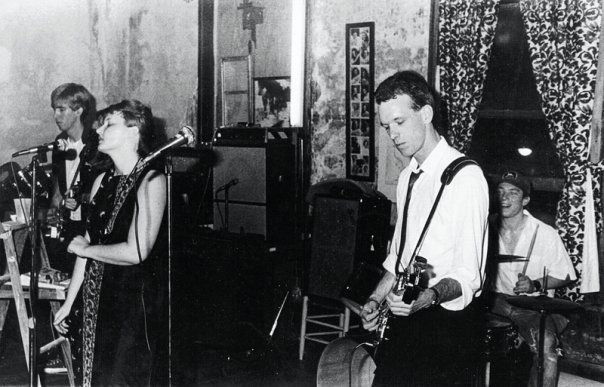