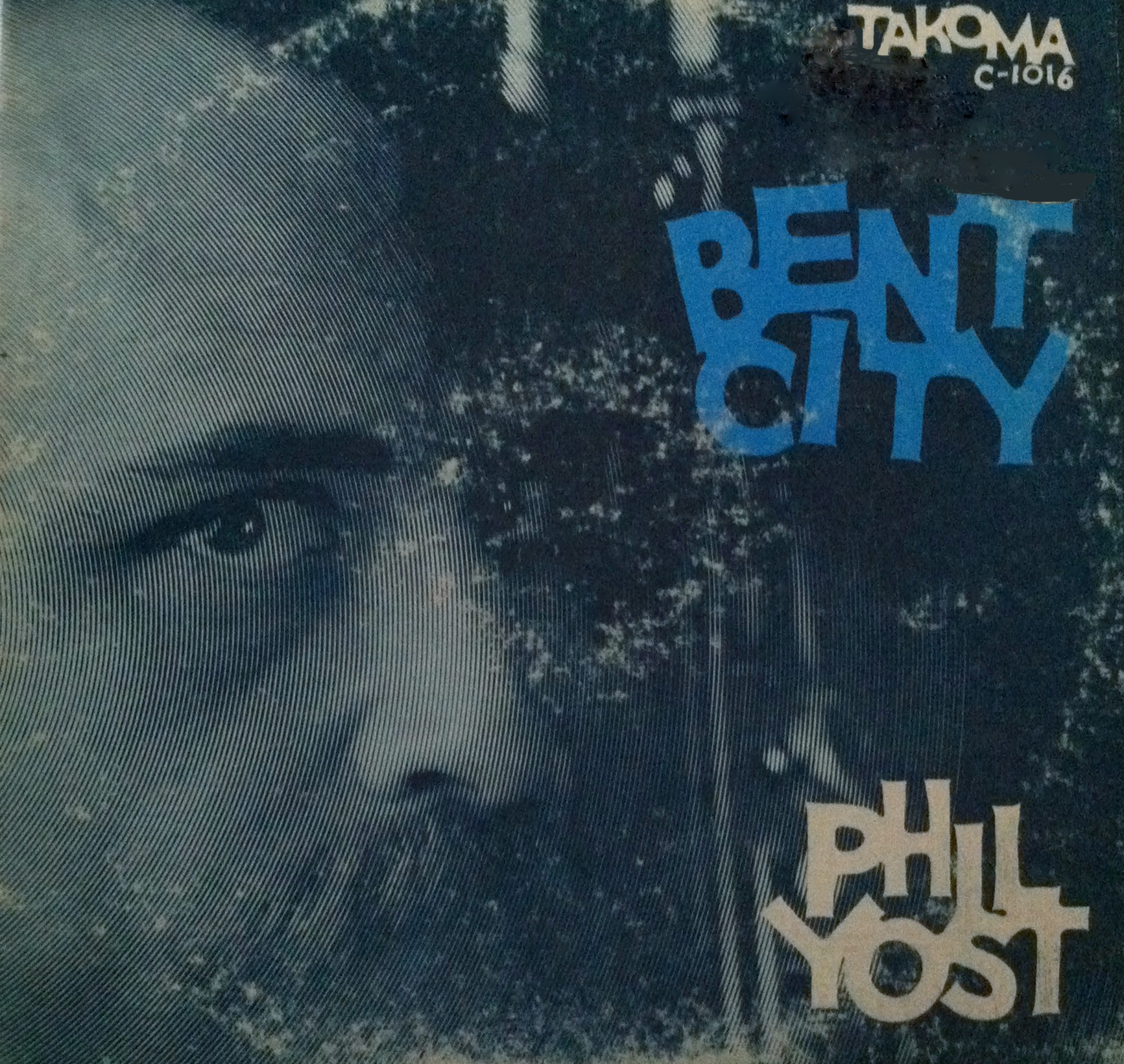 Song of the Day: Phil Yost “Bent City I”

Phil Yost was a mysterious West Coast hippie jazzbo who recorded three albums of totally out there and utterly charming jazz explorations: two albums — Bent City (1967) and Fog Hat Ramble (1968) — for John Fahey’s Santa Monica, CA label Takoma Records, and one for indie label North Star Records (which may very well be Yost’s own imprint as it claims only one release: Yost’s 1970 Touchwood’s Dream album). Among the many traditional folk and blues releases on Takoma, Phil Yost’s albums Bent City and Fog Hat Ramble are unique journeys into jazz improvisation, with all instruments played by Yost himself. On “Bent City I” — part one of the title track from the Bent City album — echo-saturated harpsichord notes ring out a menacing introduction before an electric guitar picks out a wandering psychedelic blues solo over what can best be described as a jazz raga. The overall effect is something like a Dave Pike Set warm up number. Totally groovy, recommended listening.

Scant additional information about Phil Yost can be found online, but Bent City was written about over at the always excellent Ghost Capital blog. Hear both Parts I & II of “Bent City” below.