Song of the Day: Osunlade “What Get’s You High”

This past year, DJ Khaled released “Shining“, a star-studded track featuring Beyonce and Jay Z. I really liked that song, but had a sneaking suspicion that Khaled did not come up with the instrumental on his own. After a quick search on whosampled.com I learned that the backing track for “Shining” can be traced back to a house music legend, Osunlade, who flipped a Dionne Warwick track for his 2013 song “Dionne”.

Osunlade is one of the biggest and most respected names in the world of independent musicians. He made a career on a foundation of following his heart and musical calling. His career began in the late 80s in Hollywood where he worked on music for Sesame Street. He also worked as a producer for Interscope Records and on a number of other mainstream gigs. For him, music is intrinsically connected to his spiritual life and after much success out West, he eventually left Hollywood to pursue music that was more reflective of himself as a soulful, spiritual human. In 1999 he moved to NYC and founded Yoruba Records, where he explores dance music rooted in African rhythms through deep house and soulful jazz. This song, “What Gets You High” is a funky take on a bossa-nova-esque rhythm, with a call and response succession of questions being asked and answered. Osunlade plays all parts to this song- including percussion, synthesizer, and provided both the lead vocal and Prince-like response vocals.

“What Gets You High” is repetitive, but not boring. It is thought-provoking yet simple. He doesn’t cut and paste the vocals, even though they’re repeated throughout the track. If you listen closely you’ll pick up on the varying inflections of the questions- with the emphasis at times on the word “gets”, “you”, and “high”: pushing the listener to ponder the question in different ways. Osunlade‘s changes the context of how the question is asked: looking up at the sky, looking into the ocean, listening to the flow of the melody. The intellectual side of me went searching for an answer but after a minute or two of listening to the song, I was transfixed. No need to ponder so deeply here, the track itself will get you high without much effort on your part. 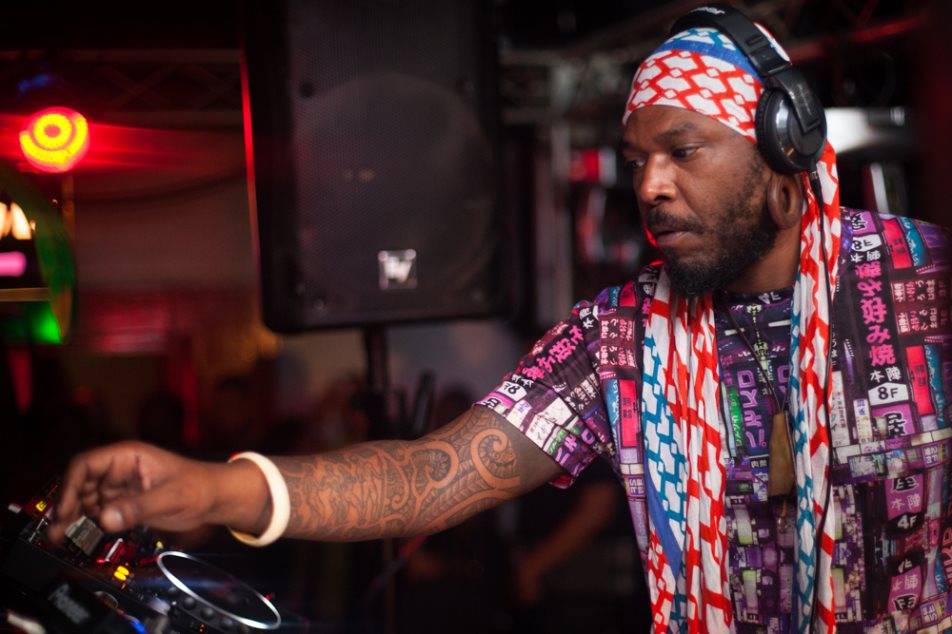