Widely considered to be the finest group to emerge from the formidable music scene in the West African Republic of Benin, Orchestre Poly-Rythmo de Cotonou, combined jazz, funk, soukous and Vodun rhythms in a heady mix that remains irresistible. Their song “Idavi”, (which the band released in 1974) rides a hypnotically mellow groove and almost clinically precise guitar line for a few minutes before it really catches fire in the second half, when the band really unleash the dog’s of war by bringing in heavy percussion and a horn section.

Orchestre Poly-Rythmo de Cotonou were founded by bandleader Clément Mélomé in 1968 under the name “Orchestre Poly-Disco” in the coastal town of Contou. The group developed a following throughout Benin and in neighboring Togo as a formidable live act before making their recording debut in 1973. They recorded and gigged relentlessly throughout the ’70s and ’80s before petering out as regional tastes in music changed. Fortunately, the group revived in 2003 and have continued to be active since then. The group fully embraced pan-African-ism and toured throughout the continent during their initial run: including playing with other West African musical luminaries including Fela Kuti.

The group had a strong cultural voodoo or vodun tradition in their music, which they have spoken about in interviews. Voodoo initially emerged in Togo and Benin before being transported to Haiti and New Orleans as a result of the slave trade. As a result, the group always claimed to feel a strong sense of lineage to New Orleans and the New Orleans jazz tradition, something that really comes through in their music. 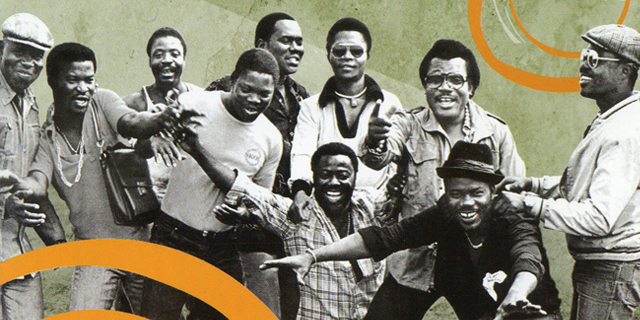