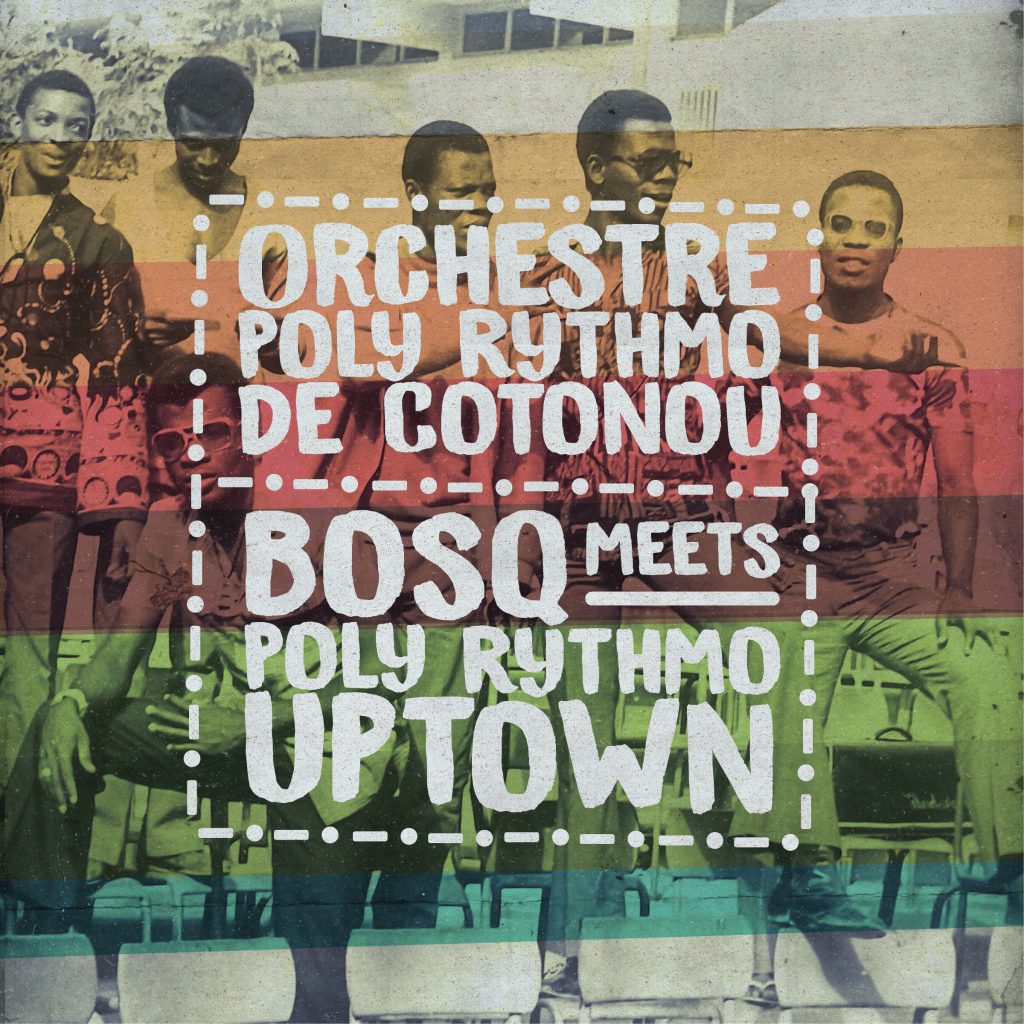 Sol Power Sound rolls on with our mission to bring equatorially funky slabs of wax to the world. For our sixth release, we linked up with one of our favorite producers and paired him with a legendary West African band with a career spanning four decades.

Both Bosq and Benin’s Orchestre Poly Rythmo de Cotonou have influenced and been featured in Sol Power sets since our inception, and since Bosq is a huge fan of Poly Rhythmo this was a combo that had to happen.

It’s hard to pick a favorite track from the four Poly Rhythmo gems that Bosq reworked for this project, but “Hwe Towe Hun” is a good representative as you have the funk, disco and psych elements all there with an afrobeat chassis.

From the Stamp The Wax premier:

Bosq keeps the essence of “Hwe Towe Hun” respectfully intact. A subtle guitar riff and shaker rhythm form the backdrop, with a soulful vocal sung in the native Fon tongue flowing steadily in and out, peppered with warm and jovial Afro-Latin horns. Bosq slows the tempo and draws out the vocal and trumpet sections, making for a less urgent sound but with the same delectable liveliness preserved.