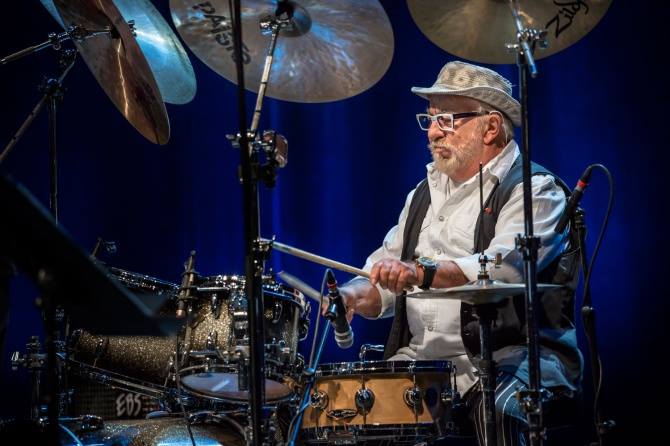 Percussionist and composer Okay Temiz scored an underground hit in his native Turkey with “Denizaltı Rüzgarları” (translation: “Submarine Winds”). The song is a slinky, eerie funk/psych/jazz hybrid that marries Temiz‘ impeccable chops as a percussionist to a lute-like Turkish saz and some truly otherworldly sounding Moog riffing. The track is purely instrumental and almost appears to borrow elements from Brazilian music and in particular Tropicalia, though the melody is clearly identifiable as of Anatolian origin. The song was released as a 7″ single on the Turkish Yonca label and is much sought after by collectors. It was fortunately also included on the brilliant Bosporus Bridges: A Wide Selection Of Turkish Jazz And Funk 1968-1978 compilation.

Okay Temiz was born in Istanbul in 1939. He initially studied music under his classically-trained mother before attending the Ankara Musical Conservatory. He quickly became Turkey’s pre-eminent jazz and in particular, jazz-fusion drummer in the early ’70s. He eventually moved to Sweden where he continues to reside to this day. Temiz not only recorded with his fellow Turkish musicians, but also with American and European performers, including with free-jazz and World Music pioneer, Don Cherry. Temiz continues to perform, both as a bandleader and as part of Xaba, a group he co-founded with South African trumpeter, Mongezi Feza. 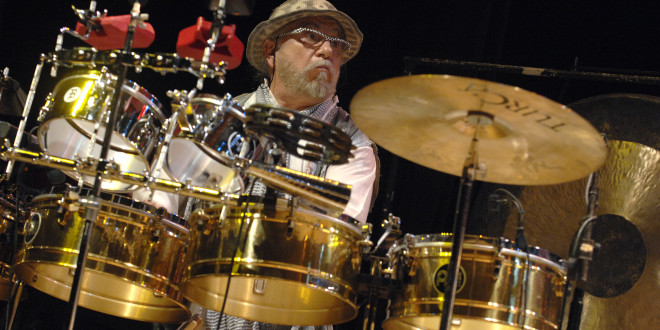