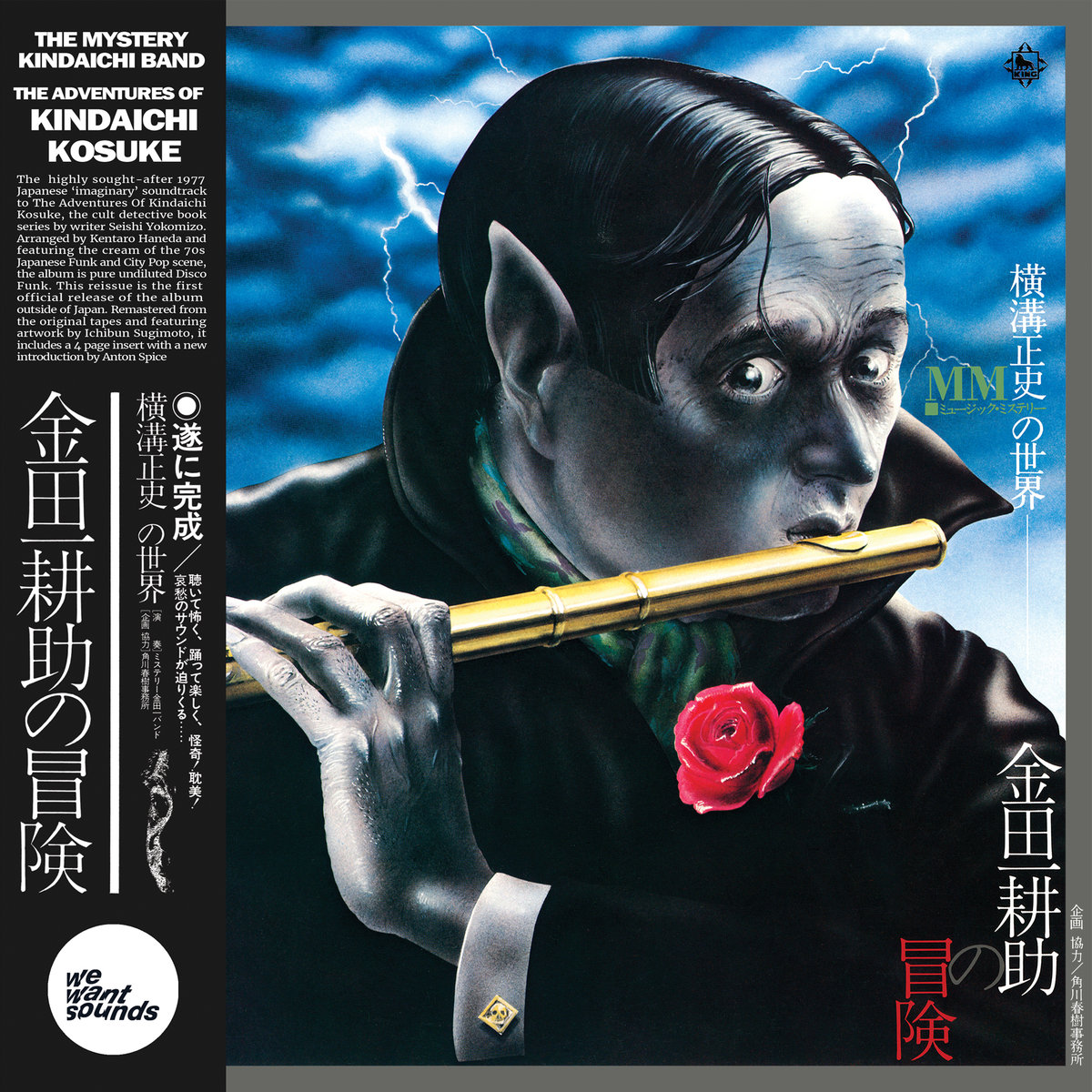 Song of the Day: The Mystery Kindaichi Band “Theme of Kindaichi Kosuke”

The Mystery Kindaichi Band is the brainchild of Japanese pianist and composer Kentaro Haneda (1949-2007). Haneda has released several albums of classical performances and scored popular anime, movies, television shows, and video games. Inspired by Japanese author Seishi Yokomizo’s cult detective hero Kindaichi Kosuke—who’s seventy-seven(!) mystery cases since 1946 have created a franchise of manga, anime, video games—Haneda assembled a group of some of the finest Japanese musicians to record his ‘imaginary’ soundtrack in 1977.

Featuring pianist Hideo Ichikawa, Tadaomi Anai on percussion, Takeru Muraoka on saxophone, Kohi Hadori on trumpet, and Kimono Yamauchi on koto, the ten tracks on The Adventures of Kindaichi Kosuke are cinematic disco-funk. It is a shame the music was never paired with any of the many Kindaichi Kosuke films, because the funky riffage, percolating keyboards, and wordless female vocals of “Theme of Kindaichi Kosuke” would have worked perfectly with the imagery of Kindaichi Kosuke no boken (AKA The Adventures of Kosuke Kindaichi) (1979), in particular. I don’t speak Japanese and the video isn’t subtitled—so I have no idea what’s going on—but check out the scene of roller skaters in kabuki-inspired makeup subduing down our hero. Haneda’s disco-funk is a perfect match.

Long coveted by rare groove DJs (original copies on King Records easily trade hands for over $250.00), The Adventures of Kindaichi Kosuke finally sees its first official release outside of Japan on the Paris-based Wewantsounds Records. Remastered from the original tapes, it features the brilliant original vampire flautist artwork by illustrator Ichibun Sugimoto, OBI strip and a 4 page insert with a new introduction by British journalist Anton Spice.