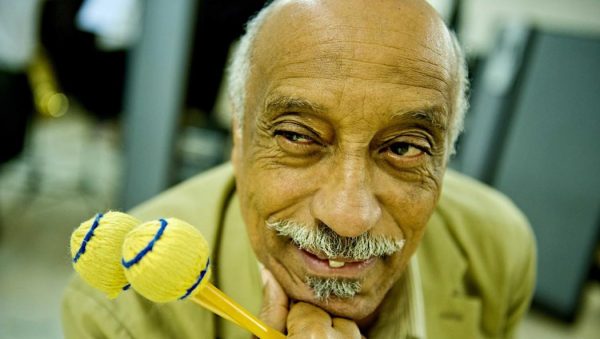 I couldn’t get enough, I used to dream about it.

In the early 90’s, I used to frequent an Ethiopian restaurant on 18th St. NW in the Adams Morgan neighborhood of DC called “Red Sea”. The place was run by a husband and wife and what kept me coming back again and again was not just the tantalizing dishes. There was always this instrumental music playing there that was at once Funk, Afro-Latin-Soul and Jazz, but with distinctly Ethiopian scales and harmonies. There was this gritty electric piano comping away like a conga with a wah wah pedal under-foot, taking it to new textural heights. There were dreamy vibes, bold & beautiful horn arrangements, gorgeous percussion, and all sounding so intimate yet mysterious and distant. I couldn’t get enough, I used to dream about it. The owner, when questioned, said, “this is Red Sea music.” For years, I hounded him to copy it for me, which he eventually did. He wrote “Eth.” on the label of the cassette that I had provided for him. He had edited it so that songs cut out and in, in a random order. By that point, I knew the songs backwards and forwards and in what order they played and had no idea as to why he would go out of his way to obscure the album like that.

Once I had the cassette in my hand and was able to copy it for friends, I sent it off to Ethiopia with a good friend of mine to try and get it identified. The prevailing opinion among the gents at the music shops that my friend visited for this investigation was that this music came from the ‘Walias Band.’ This would make sense later. I tracked down every Walias Band recording I could, and loved every track, but it wasn’t IT. Fast forward to 1998, and I’m walking down 18th St. passed one of my favorite Ethiopian music shops (now-defunct), ‘Ethio-Sound’, and what do I hear…… My god, that’s IT! I run inside and pick up ‘Ethi0piques Vol. 4,’ on Buda Musique, which features the great Mulatu Astatke. One of the tracks on this compilation comes from the album in question. Mulatu had close ties to the Walias Band, having recorded an iconic set of instrumentals with them in 1977. I learned that the album that I was looking for was called, “Mulatu of Ethiopia,” and was released on Worthy Records in 1972 and was partially distributed by Ethiopian Airlines as a promotional gift to its passengers–can you imagine? I’ve since been able to track down multiple vinyl copies of this masterpiece and still come back to it with the same awe and wonder that it has always inspired in me.

It turned out that my same friend who helped me to investigate the music had close family ties to Mr. Astatke and that her family home was in the same ‘Old Airport Area’ in Addis Ababa where he was running a community music school. I was given his personal cell number and the next thing I knew, I was having a wonderful and very personal conversation with him as he sat in his neighborhood cafe enjoying a coffee. I had contemplated going over to study musical arranging with him, but he recommended that I get at least a couple of years of music school under my belt. I enrolled in the Jazz Studies program at DC’s community college, UDC and studied with the great multi-instrumentalist and arranger, Calvin Jones. During that time, I was able to meet Mulatu at the Lincoln Theater at the opening of a documentary film about the Ethiopians defeat of the Italian army in 1856 entitled, The Battle of Adwa by the famed director Haile Gerima. Mulatu had scored the film for Mr. Gerima, who resides in DC and founded Sankofa Books in 1998, the same year I was able to make all of these connections. Long story short, by the time I was ready to go back and study with Mulatu, he had blown up on the world stage based on the attention he received from the Ethiopiques series and I was much more equipped musically based on his advice. Widely considered to be the father of Ethio-Jazz, Mulatu is still very much active at age 75. Thank you Mr. Astatke! 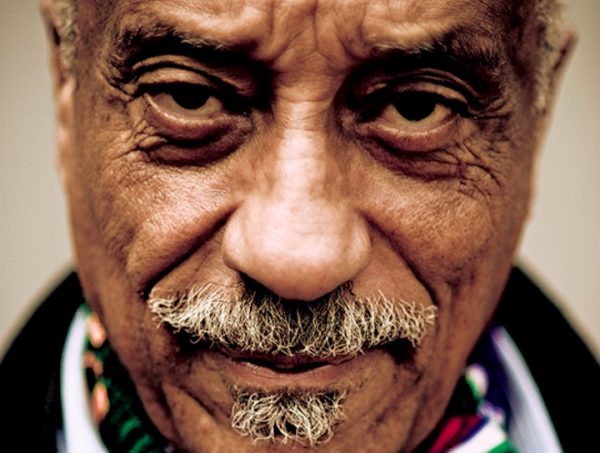