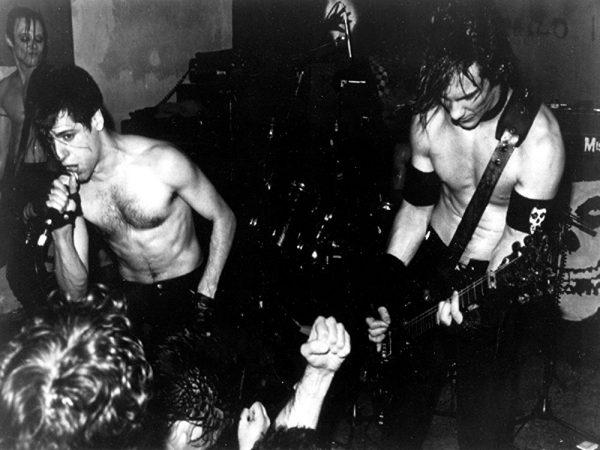 In the summer of 1985, while a member of a breakdancing crew, wearing a cheap-fake Michael Jackson red zipper jacket, and feeling a bit like Indiana Jones, I found the ghastly combination of punk rock and skateboarding like it was the Arc of the Covenant (yes I did almost get my face melted off). Columbia, MD, where I spent most of my youth, was about as “suburbia” as it gets. Like many of us out there in the burbs, I rode the popular and cultural waves coming out of the nearby big cities with wild abandon. The Misfits, along with DC’s own Bad Brains, among a few others, was one of the first punk bands that I’d encountered. For me, despite the obvious horror movie references and theatrics, they were completely for real and deadly serious. On top of that, I loved lead singer Glenn Danzig‘s impassioned and tuneful delivery of the morbid and macabre themes that he dealt–his voice soaring overtop of some of the rawest and simplest rock music I’d ever heard. From their 1978 album, “Static Age,” the song “Hybrid Moments” always stood out to me for it’s relentless melodicism. Clocking in at a minute and forty one seconds, this song had me pressing rewind multiple times on the old cassette deck. It’s melody would be right at home in a 1950’s pop tune–It’s disturbing lyrics and brutal sounding band, not so much. . . . Enjoy!

The Misfits were founded in 1977 in Lodi, New Jersey by singer Glenn Danzig. Throughout the band’s close to seven year existence, the group underwent almost constant turbulence and numerous personnel changes. From the first few late 70’s EP’s and singles that they released, through their early eighties full length albums “Walk Among Us,” and “Earth A.D./Wolfsblood,” their recorded works have become heralded as US Punk classics, influencing countless bands and musicians. Danzig disbanded The Misfits in 1983 and went on to form Samhain and eventually to forge his own solo career. Jerry Only, the group’s bassist, along with his brother, guitarist Doyle, reformed the group without Danzig. Many die-hard fans adopt a strict, “no Danzig, no Misfits” attitude, essentially ignoring all post-Danzig Misfits activity. Amazingly, in the midst of a continued legal battle and after a 33 year split, Danzig performed two Misfits shows with Jerry and Doyle in September of 2016. Long live ‘Horror Punk‘ and Happy early Halloween everyone! 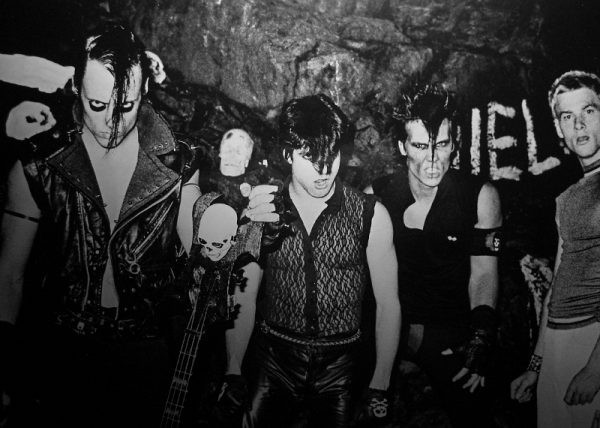