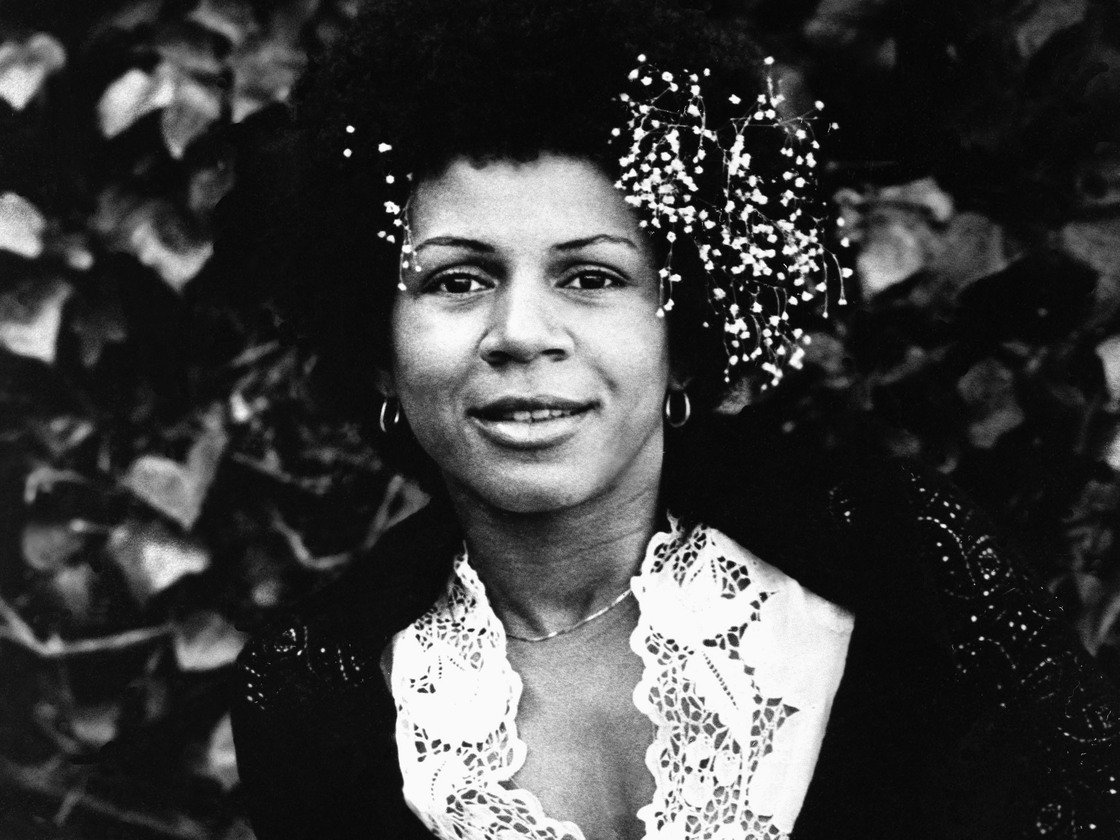 Minnie Riperton‘s “Les Fleur” is an exquisitely crafted chamber soul epic in miniature. Introduced by a gentle drum and acoustic guitar pattern, the song blooms like the titular flowers, to include a gorgeous quasi-baroque string arrangement (by the great psychedelic soul arranger and composer, Charles Stepney), mellow horns and Riperton’s gorgeous layered vocal tracks. When this song (and accompanying album “Come To My Garden“) was released in 1970, there was nothing that sounded anything quite like it – and this is still the case. This song is an almost perfect soundtrack for early spring as the flowers begin to come up. It also works perfectly for weddings, though it is so good that it runs just a little too short, leaving you wanting to hear it again and again.

Minnie Riperton was born in Chicago in 1947. The youngest of eight children in a musical family, she embraced the arts early. Although she began by studying ballet and modern dance, her parents recognized her incredibly versatile vocal and musical abilities and encouraged her to pursue music and voice lessons. She received formal operatic vocal training that gave her full access and control of her vocal range. Riperton seemed slated to become an opera singer, but as a teenager became enamored with soul and R&B, eventually dropping out of college to pursue a career in pop music.

As a high schooler, Riperton signed with Chicago-based Chess Records, releasing a handful of solo singles and supplying backing vocals on recordings by Fontella Bass, the Dells, and Etta James. In 1968, she joined psychedelic chamber soul act Rotary Connection as lead vocalist, releasing a trio of albums on Chess subsidiary Cadet Concept. The band’s progressive sound — courtesy arranger Charles Stepney — failed to connect with a wider audience, and the albums didn’t sell well.

While still a member of Rotary Connection, Riperton continued to work with Charles Stepney on her full-length debut Come To My Garden where her talents were really brought to bare. Stepney’s arrangements managed to allow Riperton to indulge both her soulful side while also bringing to bare her formidable background in classical music and opera. While the album was not commercially successful, it received extensive critical praise and has subsequently become a cult classic. Featuring the neo-classical stylings combined with soul, it is not wonder that this record would eventually find its audience. It’s closest musical relatives are other quasi-orchestral folk classics Riperton’s next album “Perfect Angel” adopted a more straight ahead soul sound and proved to be Riperton’s big commercial breakthrough.

Riperton recorded widely throughout her career, including turning out several disco classics and working with Stevie Wonder. She was married to famed record producer and songwriter Richard Rudolph. Riperton recorded definitive versions of several of his songs. The couple had two children together, including eventual comedic actress and Saturday Night Live alum Maya Rudolph. Riperton’s career was cut suddenly short when she was diagnosed with breast cancer in 1976. She continued to work and became a spokeswoman for the American Cancer Society before sadly succumbing to the disease in 1979. One of her final performances was as a guest on the Merv Griffin Show earlier that year.