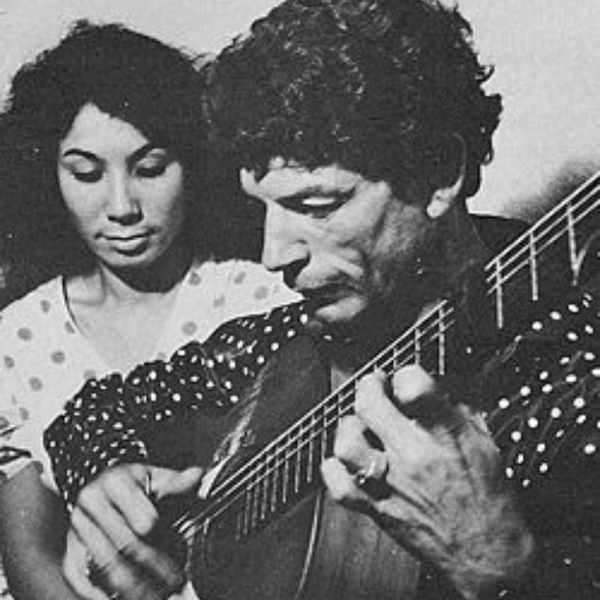 The great Flamenco Guitarist Manitas De Plata recorded this instrumental Rumba Flamenca tour-de-force in 1986 at the age of 65. He had already been widely regarded as one of the Flamenco godfathers for decades when he released “Africana” and the album on which it appears, Guitares en Fête on CBS Records. His music is a wonderfully raw representation of the Romani traditions that he was born into, but with a little extra reckless abandon.

Despite his worldwide popularity and notoriety, he was often criticized by Flamenco purists for skirting particular rhythmic structures & patterns, know as “compás.”  Luckily, I happened upon his LPs while still in high school, digging for records at yard sales, libraries and the like. Along with other great guitarists of the tradition such as Paco de Lucía, Paco Peña and Carlos Montoya, Manitas De Plata has remained one of my favorite artists of this powerful and moving art form.

Manitas De Plata was born Ricardo Baliardo in 1921, in a Gypsy caravan, into a Romani family from Spain that had settled in southern France. He acquired his stage name, which translates to “Little Hands of Silver” for his prowess on the guitar. After achieving fame and near mythical status in Europe, American audiences became aware of him through a series of recordings that he made in 1963, but not released in the states until 1967 by the Connoisseur Society label, as part of a book of the month club. He went on to perform at Carnegie Hall to sold out crowds and to sell millions of records throughout the world. He often performed with his cousin, the great singer José Reyes, who was the father of the members of the world-renowned group, Gipsy Kings. This man’s lineage and impact is as deep as it is wide. He lived to THE age 93, passing away in Montpellier, France in 2014. 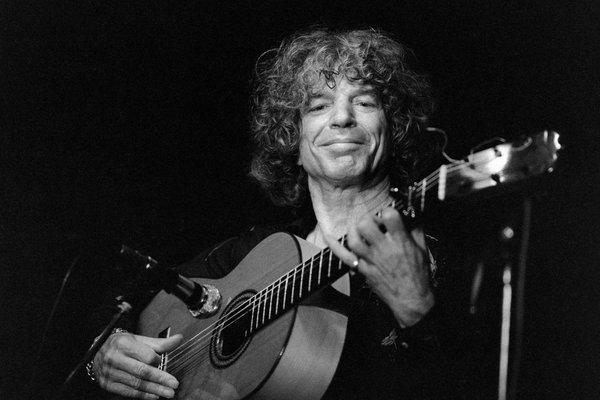