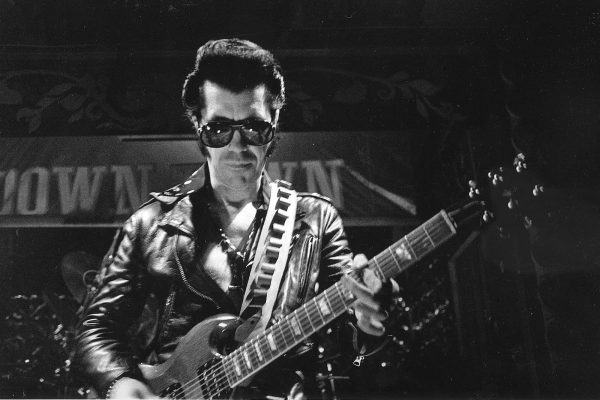 Link Wray is a true electric guitar hero. His music is a swift kick in the pants to any aspiring guitarist to get up and get playing. He was just what I needed to hear at age 15 when I was first introduced to his music by the owner of the local music shop where I worked. I remember I was fussing over my guitar sound, trying out different amps and such, before I’d even gotten my essential sound together. My boss Steve put on some Link Wray and told me to shut up, plug-in and play my guitar, and find my own sound through my actual playing before obsessing over gear. He told me that 95% of the sound comes from the player’s hands. Steve knew Link Wray, saw him play many times over many years and said that Link could get his sound through any guitar/amp combination in any situation. He simply plugged in, turned the amp up loud and proceeded to tear the place up.

“Deuces Wild” is a great introduction to Mr. Wray‘s raw, driving, and soul-electrified guitar playing. Originally released on the Swan label in 1964, this track’s got an infectious, rolling rhythm with Link pushing the electric twanger to its beautiful limits. With The Ray Men, his brothers Vernon and Doug Wray, backing him up, Link was on fire!

Born to Shawnee Native American parents in 1929 in Dunn, North Carolina, Link Wray continued to connect his music to his indigenous roots throughout his life. A stint in the Korean War left him with one lung after he contracted tuberculosis while in combat. Doctors told him that he would never sing again, so he charted his own course and defied expectations.

His first instrumental hit “Rumble” climbed to number 16 on the charts in the summer of 1958. The song was banned from U.S. radio stations for its apparent reference to gang violence, and for fear that its raw and brutal sound alone would insight juvenile delinquency. This song would inspire scores of guitarists from Jimmy Page to Pete Townsend to the Punk Rock generation and beyond. Please check out the beautiful documentary Rumble: The Indians Who Rocked the World for more on this story. Link remained very active musically until his death at the age of 76 in Copenhagen, Denmark, the place he had called home since his move there in the early 80’s. Link Wray, we salute you! 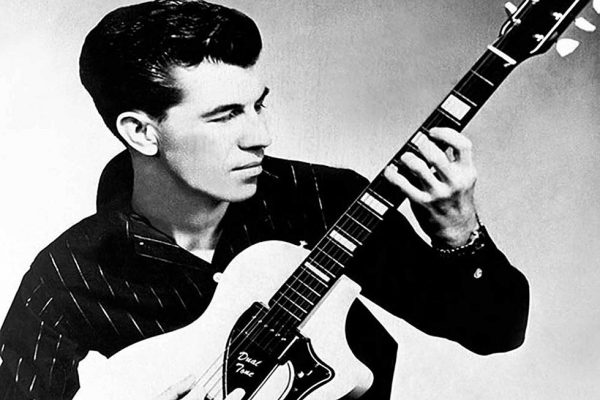