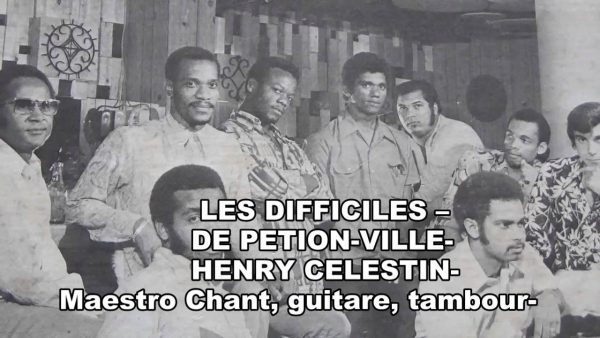 Song of the Day: Les Difficiles De Petion-Ville “Medames Yo”

This beautifully sophisticated Haitian “Mini-Jazz”  piece by the great combo Les Difficiles De Petion-Ville, combines intertwining electric guitars with a full percussion section and lilting, mellow vocal melodies. Forgoing the horn section that many of their contemporaries used, this group squeezes the most out of the guitar arrangements that forged their signature sound. This tune opens with a fierce, yet smoothly layered groove by the percussion section and a lightly walking bass line, and follows with an initial flourish on the guitar which ushers in the next five minutes of funky freshness. “Medames Yo” carries me away to a sweet trance of a dance every time. I can get wonderfully lost just as easily in the gentle sway of the scraper and the drums as I can in the intricate interplay of the guitars and the vocals. It’s no wonder that the music of this island has had such an influence on the rest of the world.

This group hails from a suburb of the capitol city Port-Au-Prince called Petion-Ville. Emerging in the late 60’s, they were part of a movement that involved a slimming down of the traditional, typically larger, Haitian Meringue-Compas band. Armed with electric guitars, basses, drums and various percussion instruments, these ensembles created a modern sound with instrumentation akin to a rock band. At the same time, through their reliance on their own popular, religious, and folkloric traditions, they developed an innovative and distinctly Haitian musical style that proved to be extremely contagious with audiences around the world. Throughout and following the US occupation of the island, the word “Jazz” was commonly used to describe a variety of Haitian musical groups and styles, hence the term “Mini Jazz,” being used to describe these trim, lean and mean little groups. From the late 60’s through the 70’s, groups such as these (most notably Tabou Combo) had a profound impact on musical scenes throughout the Caribbean, Europe, and Africa (especially South Africa). Haitian music and it’s wide-ranging influence is a subject as complex and as vast as the many stories of all of the creative geniuses who have contributed to it’s depth and power. Men anpil, chay pa lou! 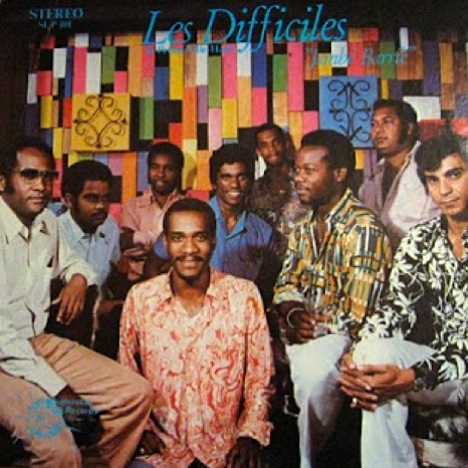 One thought on “Song of the Day: Les Difficiles De Petion-Ville “Medames Yo””