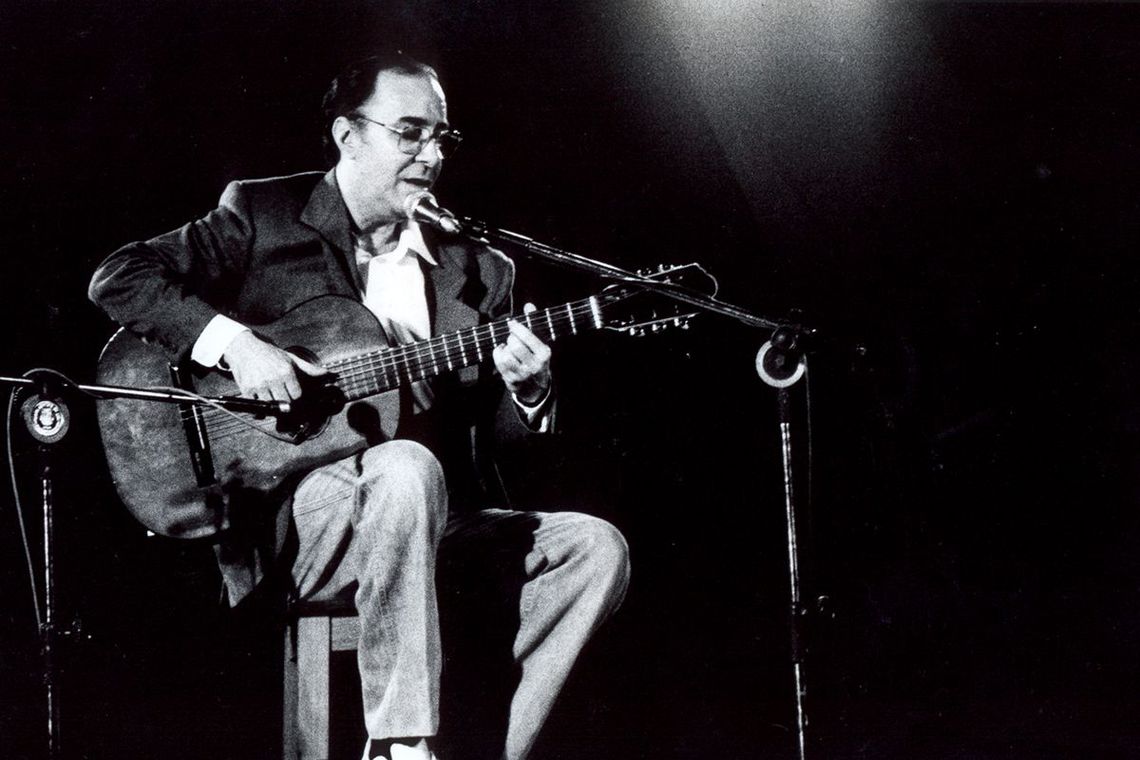 It is with the greatest of affection that today we remember João Gilberto, one of the very greats of bossa nova, who sadly passed away over the weekend at the age of 88. Gilberto was one of the pioneers of bossa nova, that quintessentially Brazilian blend of samba and jazz with his gorgeous guitar playing and voice like a soothing evening breeze serving as the gold standard for the genre. Gilberto was also a close friend, confident and the primary interpreter of the music of composer, Antônio Carlos Jobim. Indeed, it was through Gilberto‘s beautiful interpretations that Jobim (who had previously been a little-known composer in his native Brazil) was put on the world musical map.

Finally, it was João Gilberto, through his collaboration with the American jazz saxophonist, Stan Getz, who helped popularize bossa nova in the West, with their 1964 album Getz/Gilberto album (which featured Jobim composition and also included the vocal duets with Gilberto‘s then wife Astrud, who would go on to a musical career of her own) remaining most American’s introduction to bossa nova and the rich musical tradition of Brazil as a whole.

João Gilberto was born João Gilberto Prado Pereira de Oliveira in 1931 in Juazeiro, Bahia. He was the son of a wealthy Merchant who took an interest in music from an early age. While his father disapproved of Gilberto‘s musical proclivities, wanting him to take-up the family business, Gilberto was encouraged by his grandfather who bought him his first guitar at the age of 14. In 1942, he moved to Aracaju in order to study, but returned to Juazeiro in 1946. There he started his first band, Enamorados do Ritmo. This combo proved to be short lived as he moved to Salvador, Bahia, in 1947 for further schooling at his father’s behest. Left to his own devices, Gilberto would eventually drop-out and dedicate himself full-time to music. By the time he was 18, he had begun his musical career as a resident singer at the Rádio Sociedade da Bahia. He also developed a unique style of guitar playing to accompnay himself during this period which would become the basis for bossa nova guitar.

Gilberto first recordings were released in Brazil as 4-song singles in 1951 and 1959. He moved to Rio in 1956 where he struck up a friendship with Antônio Carlos Jobim, who was then working as a composer, producer and arranger for Odeon Records. Jobim was impressed with Gilberto‘s style of guitar playing and helped to pitch him to Odeon. Gilberto never forgot the favor, forging a close working relationship with Jobim and championing his songs. Together, the pair would become the joint architects of bossa nova music, which swept Brazil throughout the late ’50s and began to be exported to Europe and North America by the early ’60s.

Central to the success of bossa nova was Gilberto‘s use of dynamics. The juxtaposition of the gently pulsing beat of his guitar, the breathy softness of his delivery and the rhythmic sophistication of the accompaniment proved to be something genuinely magical indeed. In Jobim, he also found a perfect composer and arranger, someone who possessed a deep understanding of precisely the musical feel of Gilberto and could deliver songs that were ideal for his unique interpretive talents. In other words, Jobim really got that Gilberto was a one-of-a-kind talent who seemed to create new musical idioms purely on instinct.

Gilberto was also notably a meticulous performer, both live and in-studio, caring deeply about the sonic qualities of what he was producing. Every note and the pronunciation of every word was of the utmost of importance to him, and as a result, he increasingly developed a reputation as a difficult performer, notoriously arguing with sound engineers in clubs all over the world and requiring endless sound checks until everything was ‘just right’. Given the delicacy and intimacy of the music that he was performing, this attention to detail was entirely understandable. It also shone through on his records, which always sounded immaculate – frequently like Gilberto was right in the room with you. He was a perfectionist who cared not just deeply about his craft, but also about the auditory experience of his listeners.

The song that seems to most capture Gilberto, to me, will always be “Chega De Saudade”. It was written by, (who else?) Antonio Carlos Jobim (with lyrics by Vinícius de Moraes) and is often considered to be the very first recorded bossa nova song. The song has been recorded by virtually everyone over the years (including under its English title, “No More Blues”) but Gilberto‘s version remains the most famous and likely definitive take.

The English version of the title always struck me as a bit off though. The Portuguese word “saudade” is one of those unique idiomatic terms that doesn’t really have a clear English equivalent. “Saudade” is probably best translated as being a “sense of longing, perhaps for something that never even existed in the first place”. The word can imply an intensity of heartfelt connection that is yearned for passionately – almost like withdrawal from a drug. Another good analogy might be an intense homesickness, but that home may exist purely in the mind. In a lot of ways, this perfectly summarizes the emotion runs though bossa nova and through all of Gilberto‘s music. It is no wonder that the song became, in many ways, his signature song.

João Gilberto was a singular talent who helped to forge a musical genre that remains deeply enduring in its appeal. Everything about his playing, to his voice, to his approach to music can be best summarized in a word as ‘wonderful’. While he had numerous imitators, no one could quite capture lightning in a bottle the same way Glberto did. His music will continue to be listened to and loved by generations to come. 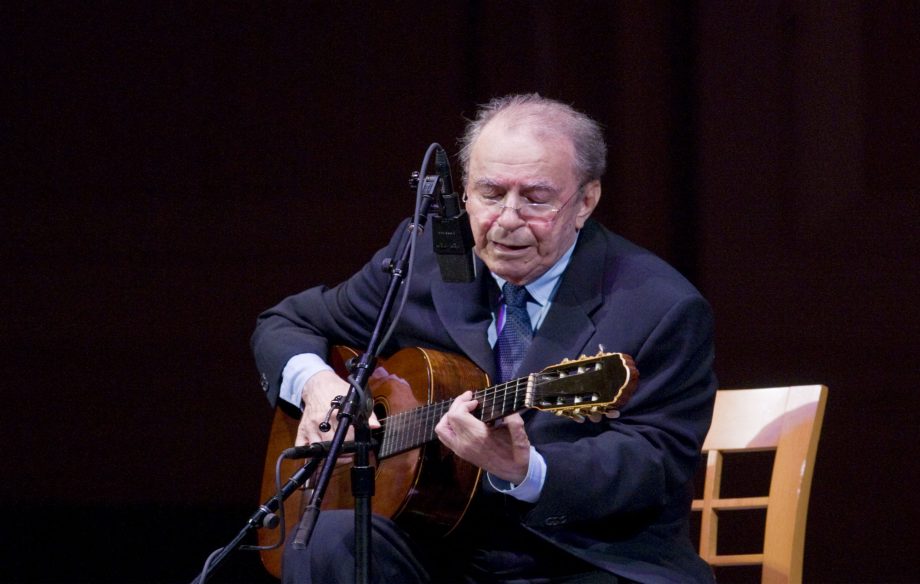