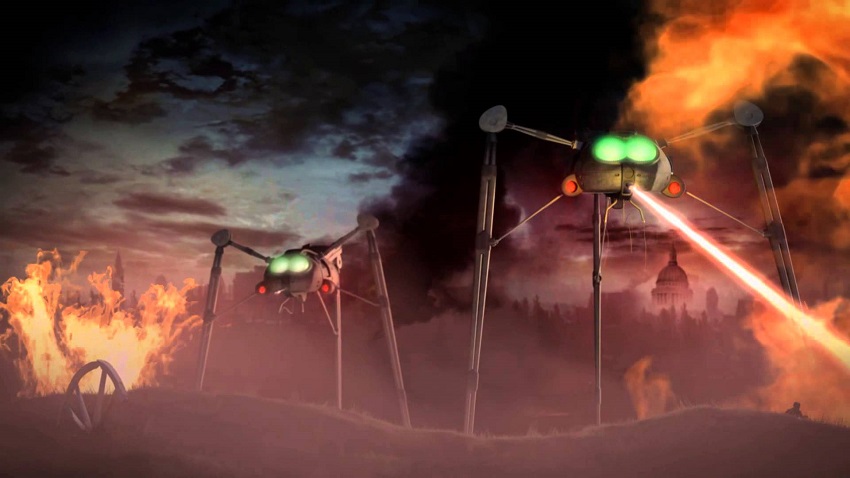 Song of the Day (Shocktober): Jeff Wayne “Horsell Common And The Heat Ray”

In 1898 H.G. Wells‘ science fiction classic War of the Worlds was released in full form (it had been serialized earlier) to the world. Detailing a Martian invasion of the Earth, Wells’ book was an instant classic and spawned multiple comic book adaptations, plays, radio dramas and movies. In 1938, Orson Welles famously read it over the air in a news report style causing some to panic thinking a real Martian invasion was happening. The two would eventually meet in 1940 with amusing results.

In 1978 a British musician and composer named Jeff Wayne released a double LP entitled Jeff Wayne’s Musical Version of the War of the Worlds which became a massive hit in the UK. Wayne , who has written thousands of advertising jingles, got narrations and musical contributions from Richard Burton, Phil Lynott, Justin Hayward, David Essex and Chris Spedding among others. The whole rock opera is great but my favorite track has the be the Richard Burton narrated “Horsell Common And The Heat Ray”. I don’t want to spoil what happens but the music and the narration put you in the center of the action. A radio station in Atlanta used to play this LP from start to finish every Halloween and I try and keep the tradition going to this day. Wayne’s work lives on in musical tours, theatrical productions and even video games.