Song of the Day: Jah Wobble “Hold On To Your Dreams”

Rarely does a super-group live up to its potential, but here everyone brings their ‘A’ game

Ex-Public Image Ltd. bassist Jah Wobble teamed up with some thrilling collaborators for his 1983 mini album, Snake Charmer. Bringing in both CAN mastermind Holger Czukay (with whom Wobble had worked a number of times before) and more unexpectedly given his eventual superstar status, U2 guitarist, The Edge, the trio manage to craft some absolutely thrilling left-field boogie. The track is particularly notable in that CAN-drummer (and arguably, the greatest rock drummer that ever lived) Jaki Liebezeit is seated behind the drum kit and Marcella Allen on vocals. Rounding things out is the participation of producer par-excellence, François Kevorkian. Rarely does a super-group live up to its potential, but here everyone brings their ‘A’ game, resulting in some breathtaking results.

The track opens with super nice echoey chords from The Edge (who later also doubles on keyboards) and a characteristically dubby bassline from Wobble before kicking into a slow-building electro-boogie opus. Liebezeit assisted by Kevorkian‘s production threaten to steel the show, turning in some breathtaking breaks before Allen‘s coy vocals come in to the picture. All-in-all, this is a band that functions like a well-oiled machine, senselessly transitioning between passages and somehow managing to sound loose and tight at the same time. A masterpiece of collaborative action and a highlight in Wobble‘s excellent catalog. 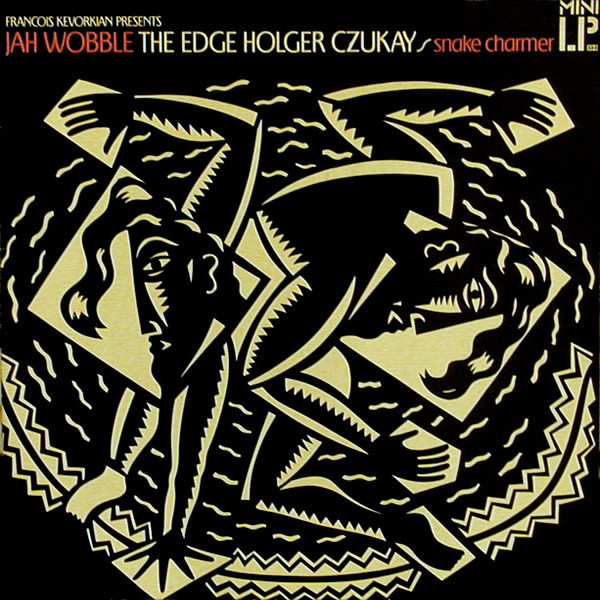