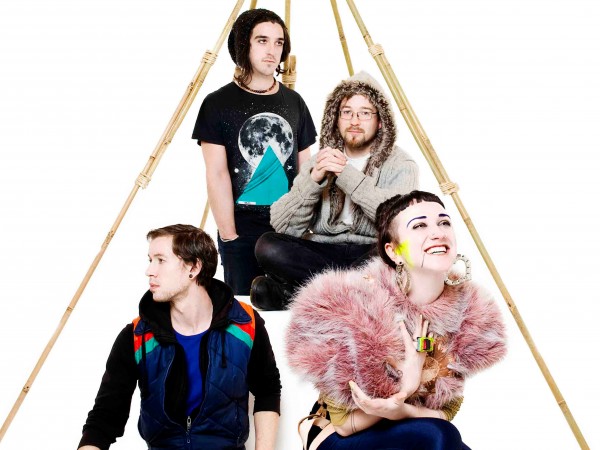 Hiatus Kaiyote, a future soul (self-termed)/neo-soul quartet from Melbourne, Australia just came out with a new album this month called Choose Your Weapon.

DJ Stylus wrote about them on our blog a while back:

Hiatus Kaiyote is a lightning strike at the intersection of a jumble of influences: jazz fusion, art pop, nu soul and left field hip-hop beatcraft. Only together as a band since 2011, they’re making the world take notice of what’s going on in their homebase of Melbourne, Australia. Their work is exciting, challenging, warm and sophisticated.

I found a live version of “Shaolin Monk Motherfunk” online a few years ago, and they played it during soundcheck at one of their gigs. It’s now officially released and is the second song on Choose Your Weapon.