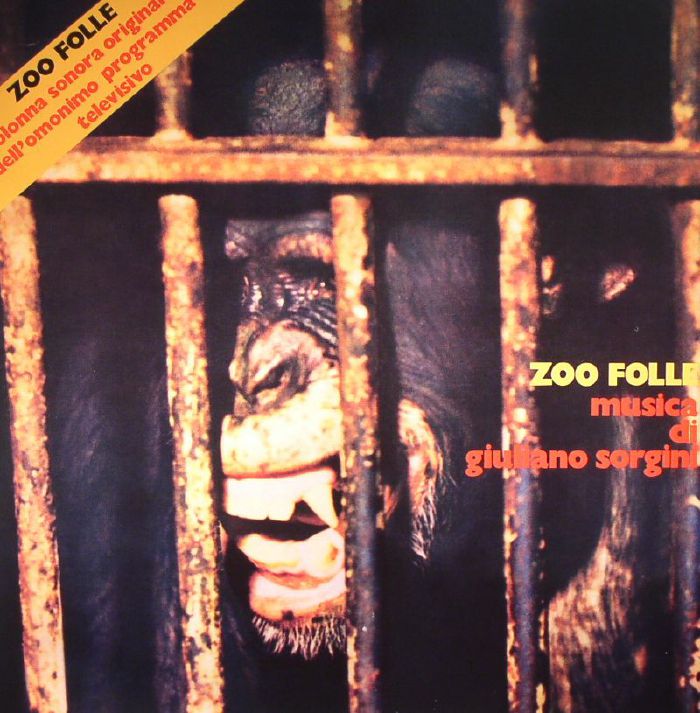 Italian jazz musician, Giuliano Sorgini‘s delightfully bonkers soundtrack to the 1974 Italian TV nature documentary Zoo Folle seems a strange place to go looking for dance music. Sorgini managed to anchor his score in slightly exotica inflected rhythms, including on “Ultima Caccia” (“Last Hunt”) which is basically a rhythm track par excellence, featuring some outrageously cool sounding bongos. While the song is effective at conveying the feel of some nocturnal predator, probably a leopard or wolf, sneaking up on and descending upon its unsuspecting prey, its also works on its own. Try throwing it on the next time your pet cat decides to sneak up on you. The song is ripe for sampling and would sound great underpinning a hip-hop track or chopped up and used as a break in House track.

There isn’t a whole lot of information about Giuliano Sorgini available in English. He is an Italian composer and keyboarder who produced a several of the more avant-garde “library recordings“, including several lengthy musique concrète influenced pieces. I first heard him after seeing the 70s low-budget Italian horror film, The Living Dead At The Manchester Morgue, on TV late one night, for which Sorgini provided the memorable, funk-inflected soundtrack. He is apparently still active.