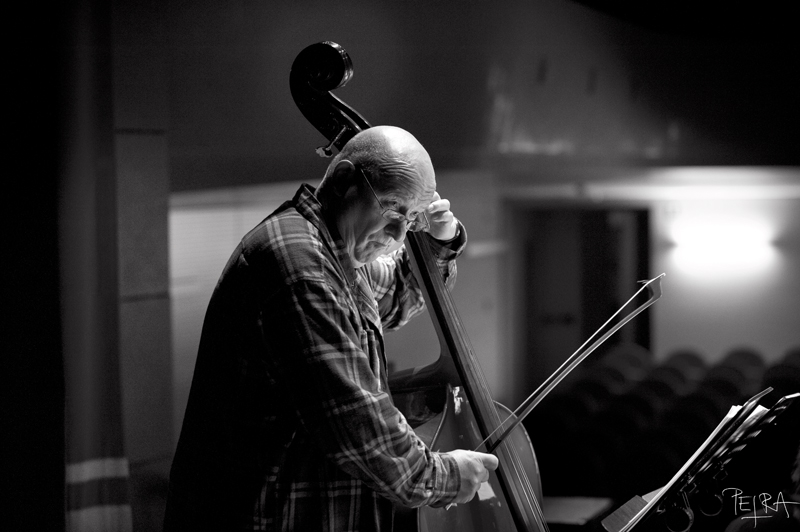 Song of the Day: Gavin Bryars “The Sinking Of The Titanic”

To commemorate the 105 anniversary of the sinking of the Titanic tomorrow, I can think of nothing more fitting than this beautiful minimalist composition by English composer, Gavin Bryars. The piece is based on the legend that the band on board the Titanic, knowing that they were doomed, continued to play as the ship went down. Bryars’ piece, which sounds aquatic, recreates how the music performed by the band might reverberate through the water after their music had stopped. The piece features several historical and experimental elements, including the incorporation of the sound of a music box recovered from the wreck and cut-up snippets of an interview with one of the survivors of the infamous wreck. Despite its sadness, the piece is absolutely gorgeous and really highlights Bryars’ brilliance as a composer and arranger. The piece was one of the first releases from Brian Eno‘s legendary but sadly short lived experimental classical label, Obscure Records.

Gavin Bryars was born in Yorkshire, England in 1943 and he studied music and philosophy at Sheffield University. He is not only a classical composer (having studied directly for a time with the legendary minimalist composer, John Cage), but he is also an accomplished jazz bassist. In fact, he first came to musical prominence as the bassist in a free/ avant jazz combo with noted English guitarist Derek Bailey. His subsequent collaborators have included everyone from the aforementioned Eno to Tom Waits (who performed on a reworking of another of Bryars’ best known experimental composition, “Jesus’ Blood Never Failed Me Yet”, where Bryars recorded a tramp singing the old Pentecostal hymn, looped it and built a slowly swelling orchestral backing around the sung melody) to Aphex Twin. Indeed, the latter reworked “The Sinking Of The Titanic” on his tongue-in-cheek titled, 26 Mixes For Cash album. Bryars continues to both compose and perform to this day.