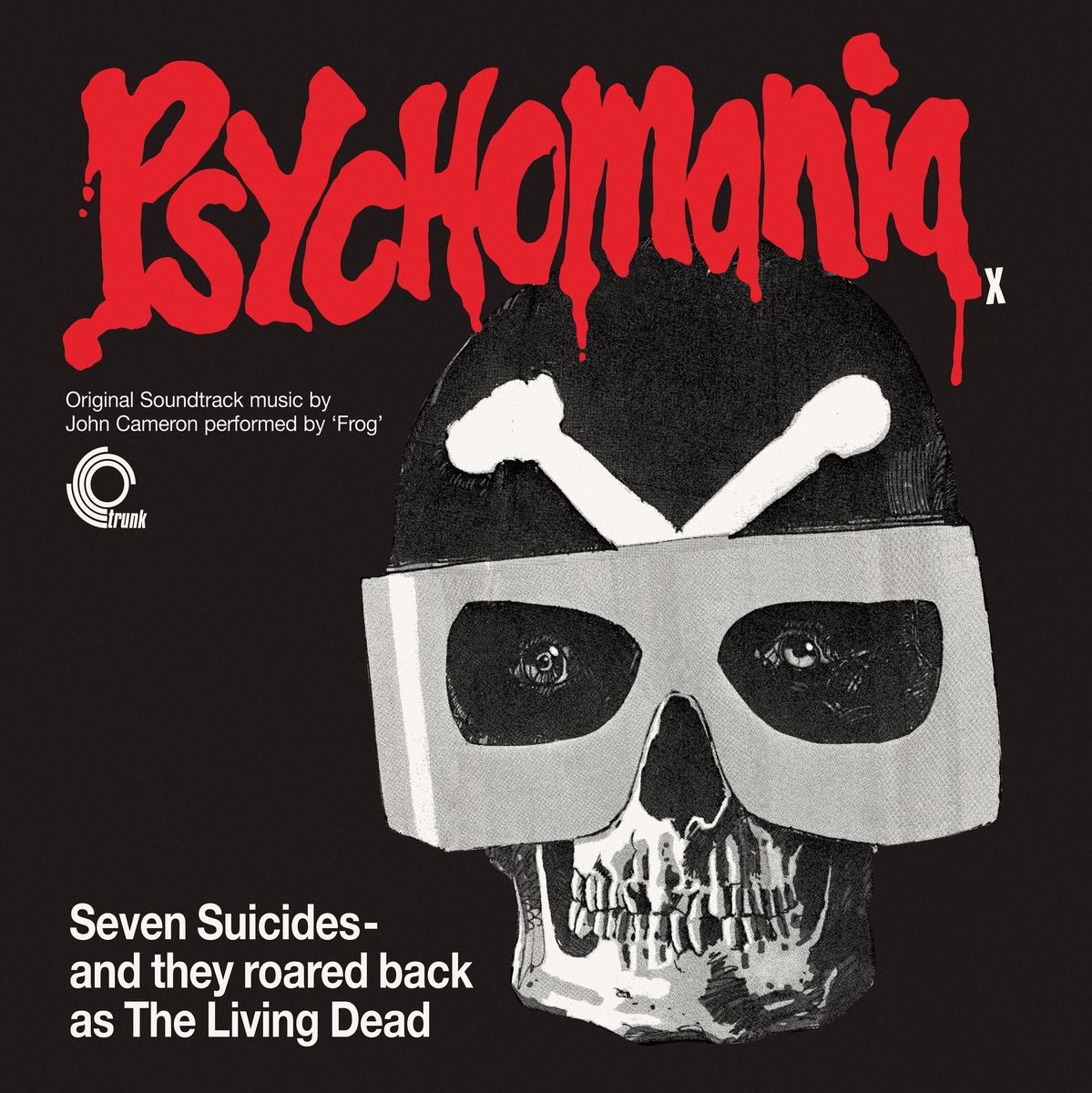 Seven Suicides – and they roared back as The Living Dead

In 1972, British composer John Cameron assembled a collection of jazz and session musicians to perform his score to the b-grade horror film, Psychomania. Taking their name from a recurring amphibian theme in the film, Frog delivered 32 tracks of psychedelic jazz-funk biker rock (Cameron called it “trash-rock” in a recent reminiscence*). Just two songs “Witch Hunt”/”Living Dead” saw official release as a 7″ single on Jam Records in 1972. “Witch Hunt” is a moody piece of haunted psychedelia, complete with fuzz-toned guitar chords, wah-wah pedal guitar leads, and wordless vocals. Set against the opening scene of motorcycles riding around standing stones in a morning fog, “Witch Hunt” sounds amazing. Like the movie, though, the single wasn’t a success upon initial release and now goes for exorbitant amounts on the collectors’ market.

In 2003, Trunk Records impresario Jonny Trunk tracked down John Cameron, secured the original master tapes, and (after a four year investigation into who actually owned the rights to the movie) officially released all 32 tracks as a full-length LP for the very first time. Trunk adapted the iconic skull helmet marquee poster for the album artwork. The limited pressing sold out and immediately started rising in collector value. In 2011, another limited pressing of the single (on the imaginatively named Spoke Records) certainly made for a more affordable Frog, but didn’t do much to bring the price of the original down. Thankfully earlier this year, Trunk reissued the album with slightly different cover art. A highly recommended purchase while it is still available. 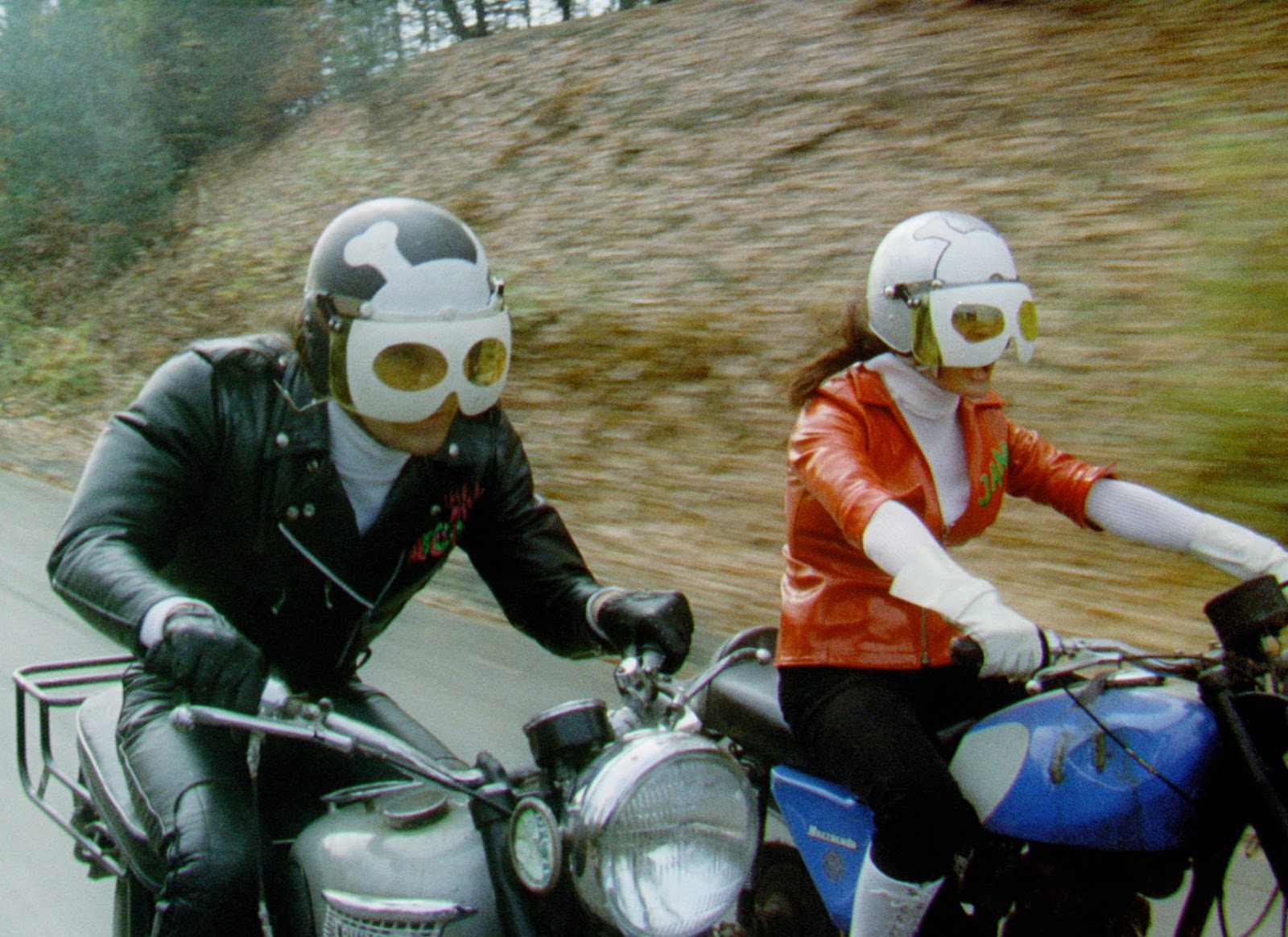 The Living Dead are a motorcycle gang with impeccable diction (and incredibly cool custom skull helmets) who while away the hours serving up a rather tepid form of mayhem: terrorizing innocent pedestrians, forcing drivers off the road, and occasionally driving through the aisles of the local supermarket. When the gang’s leader discovers his frog-worshiping mother’s secret of immortality, he convinces the gang to off themselves in spectacular fashion. That way they can terrorize innocent pedestrians, force drivers off the road, and occasionally drive through the aisles of the local supermarket for all eternity. But The Living Dead soon find out that immortality isn’t that easy…

Despite being a literally bloodless excursion into horror and the occult, Psychomania became a cult classic thanks to clever VHS era repackaging, a very British sense of absurdist humor, and those indelible skull helmets.

If KES was the best film I ever wrote music for, PSYCHOMANIA was the most bizarre. Jazz and session musicians playing pre-punk ‘trash-rock’ for a tale of supernatural gore and mayhem, on a Shepperton recording stage more suited to the the LSO than a rock line-up, complete with ‘suit-and-tie’ recording engineer is one of my more unexpected memories. In a pre-synthesiser age every trick was used: Musser vibes through phase and wah-wah pedals, phased bowed bass, drumsticks inside a grand piano, electric harpsichord through a compressor, Hammond organ fed through a phase unit and Leslie speakers, and wordless solo voice. I know the flautist was Harold McNair, the vibes player/percussionist was Bill Le Sage, and the drummer was Tony Carr. I’m pretty sure the bassist was Spike Heatley, the bass guitarist was probably Herbie Flowers, and the guitarists were likely to have been Alan Parker and Colin Green. As far as the voice is concerned, it was almost certainly Norma Winstone who sang on my ‘Marlowe Private Eye’ recordings in 1980. Sorry my recollection is a little blurred, hell, it was the 1970’s! 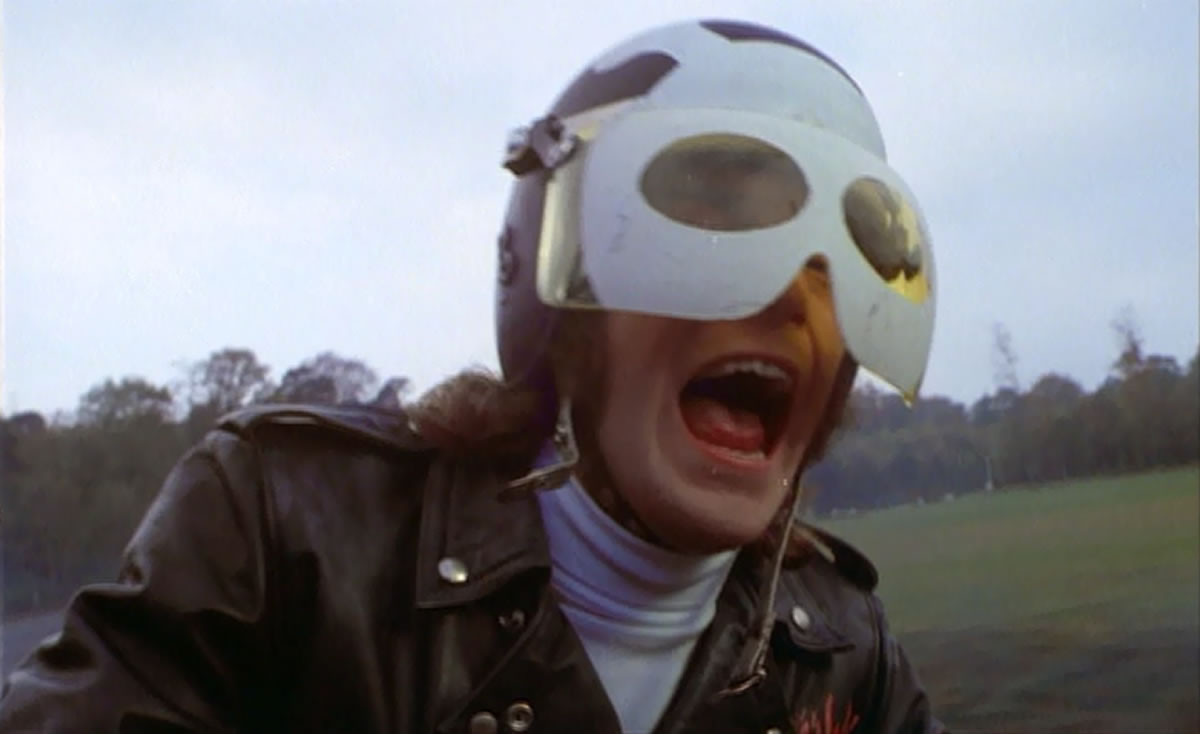